LINCOLN, Neb. – Some of Nebraska’s most scenic, natural and cherished destinations will be spotlighted when “Exploring Nebraska’s State Parks” premieres at 8 p.m. CT on Sunday, March 1 on NET, Nebraska’s PBS & NPR Stations.

See why all eight state parks – Chadron, Fort Robinson, Smith Falls, Niobrara, Ponca, Eugene T. Mahoney, Platte River, and Indian Cave – are special not only to people who return to visit year after year, but by those who work at them.

Separately, each park has its own personality. Collectively, they offer visitors a broad display of Nebraska’s biodiversity, varied landscapes and boundless recreation opportunities.

The hour-long program, which is produced by NET, will cover the old and the new. Chadron State Park, the state’s first state park, will turn 100 years old in 2021. Expanded amenities parks are attracting a broad spectrum of park visitors who seek different experiences from relaxation to adventure.

To learn more about the program and view photo galleries of each park, visit netNebraska.org/stateparks. 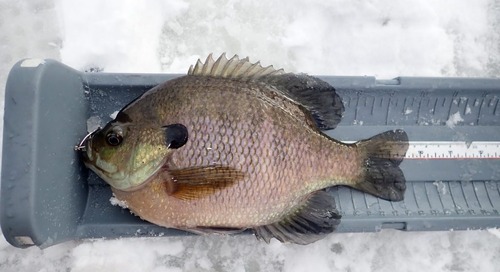 I am seeing lots of proclamations about our ice fishing season being over. Whatever. There are a lot of fol...