The Nebraska Game and Parks Commission and U.S. Fish and Wildlife Service (USFWS) will apply rotenone, which is a toxicant often used by biologists to eliminate unwanted fish species, as part of the renovation of the lake.

In recent months, liberalized fishing regulations have allowed anglers to remove many sport fish from Pelican, and some sport fish were salvaged and moved to other waters. All fish remaining in Pelican will be eliminated with the rotenone treatment. Re-stocking of sport fish will begin later this fall or next spring.

This project is part of a larger Aquatic Habitat Rehabilitation project on the Valentine NWR in Cherry County by Game and Parks and the USFWS. The goals of the project are to improve water quality and fish and waterfowl habitat by eliminating common carp and preventing their re-invasion. Water control structures, diking and dredging are other components of the project that have been completed.

Roads to Pelican Lake are closed until the rotenone application is completed. 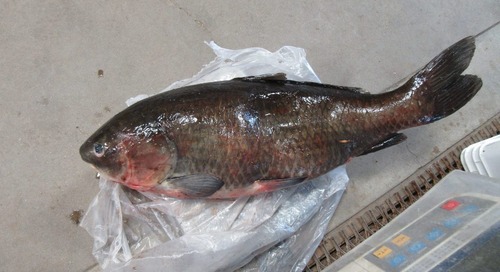 Been awhile since I have given an update on the state record applications that have crossed my desk. . . . ...

LINCOLN, Neb. – Hunters will take to the field Sept. 15 for the start of the fall turkey season. Nebraska, ...