They are not “sky carp,” “lutefisk with feathers,” “an over-cooked catcher’s mitt,” or trash birds.

They are classified as light geese — snow and Ross’s geese to be exact, and they are to be respected and revered like any other natural resource! In fact, they are a worthy adversary of hunters and actually great to eat!

Dr. Mark Vrtiska, the Nebraska Game and Parks Commission ‘s Waterfowl Program Manager, says not to believe the rumor that snow geese are not palatable. “It’s just the opposite,” he stresses. “They are quite delicious, if, that is, you adequately take care of them in the field, prepare them properly and cook them correctly.”

How about a little background information on the snow goose.

There are too many snow geese on North American continent and this is why some folks have such disdain for them. They are overpopulated and inflicting damage on their artic and sub-artic habitats. The snow goose has simply taken advantage of the changes humans have made to the landscape and few species match the snow goose in terms of the challenges it presents and its remarkable adaptability to differences in its environment. The large population growth of snow geese has come about primarily because of the expansion and abundance of agricultural foods (e.g. corn and rice) in their wintering and migration areas since World War II.

Dr. Vrtiska gets upset when people condemn such an adaptable, wary natural resource as the snow goose. “This is an exquisite, migratory bird that is indigenous to North America, it is not an invasive species, and it continues to modify its behavior with land use and climatic changes.”

There’s no question that lack of adequate care in the field is the reason that some who love to eat waterfowl vehemently dislike dining on snow and Ross’s geese. You have to keep in mind that the body of these geese are well-insulated with hundreds of beautiful feathers including many down feathers.

What’s critical for hunters to remember when harvesting snow and Ross’s Geese during this current Light Goose Conservation Order with any weather, especially warmer weather, is to take some quick photos, get them out of the sun and not pile them up, but cool them down and field dress them as soon as possible after retrieves are made.

The entrails of the birds actually should be immediately drawn, and you may even pull off a few breast feathers to help the meat cool quickly. Excessive heat from ambient air temperature, direct sunlight, in a blind, vehicle or even at home, must be completely avoided. It is also an excellent idea to place them in large coolers with ice.

A seasoned waterfowl hunter once told me that good field care makes the difference between a light goose that brings the cook rave reviews and one that sends the eaters for second and third helpings of mashed potatoes!

As with other game birds harvested, each goose’s age and condition need to be examined. Then, you can decide how to best prepare it. For example, young geese are prime candidates for being roasted or cooked like a steak, while the older birds are more likely to be tougher and are best made in other ways such as grinding them into sausage, making jerky out of them or putting them in a long, slow braise.

During the Light Goose Conservation Order hunting period, young-of-the-year snow, “blue”  and Ross’s geese an be identified by their plumage. Young white geese are grayish in color. Young blues have no distinct white coloration on their heads and less color contrast on their bodies. Older birds cannot be aged. A bird in full adult plumage could be a tender two-year old, or a tough 10-year old, it’s difficult to tell.

Shot damage is another consideration when it comes to cleaning light geese. Birds with a lot of shot damage are best used for recipes in which the breast muscles are boned out, and other body parts, such as the legs and thighs, need to be done separately. Birds with low body fat or many pinfeathers are also superb choices for skinning and boning.

Many hunters believe in skinning their geese. I do, too. It is said that much of the unpleasant flavor resides in the skin of the bird. After skinning, the bird’s flavor is fully dependent on how you make them.

If you’re planning on plucking your birds, you need to know that the skin of light geese tends to tear rather easily when plucked. To prevent tearing, pull the feathers “with the grain” of the bird from the head toward the tail. Do not attempt to pull too many feathers at a one time.

Breasting out geese harvested on a Conservation Order hunt is common tactic employed by many hunters who have shot a number of birds. However, keep in mind that a single, fully-feathered wing must remain attached to each breast for identification in transport. Nebraska law requires all harvested waterfowl to have either the head plumage or one fully feathered wing naturally attached to their bodies for identification purposes with transportation to a point of permanent storage.

Wanton and needless waste of light geese is a topic that has to be mentioned as well. Legally, every effort must be made by the hunter to utilize the edible portions of snow and Ross’s geese. Carcasses and parts of geese should be disposed of in a reasonable and sanitary manner and not thrown into waterways, along roadside ditches or off bridges.

I should point out that some hunters prefer to age their birds. They do that in a cool, dry, environment (32 to 40 degrees) without drawing or picking them. Birds can be aged in this process for several days or a week or more. When done right, harmless bacteria break down muscle tissue, resulting in tender and flavorful meat.

I hear some people say that they don’t want to eat light geese because of what the birds eat. Allow me to shed some light on that. The diet of snow and Ross’s geese is similar to that of other geese and is heavy on domestic grain, especially corn and rice, when available. Both birds “grub” for roots and shoots of aquatic plants more than Canada geese do, but so do some species of ducks held in high regard by hunters.

Honestly, any waterfowl recipe can be used for snow or Ross’s geese. A favorite recipe for Canada geese or mallard ducks will be a favorite recipe for snow or Ross’s geese. You can go simple or elaborate. Cooking time must be adjusted accordingly to the bird’s weight. Snow geese typically weigh 5 to 6 pounds, yielding about 2 to 3 pounds of meat. Ross’s geese, on average, weigh between 3 1/2 and 4 pounds. Cooking times will also be longer for birds stuffed with dressing.

One of my preferred recipes is a simple one that involves the goose breast. I fillet and butterfly it open. I then soak it in a Teriyaki marinade for around 24 hours. After that, I take a slice of Monterey jack cheese and a pickled pepper, place it inside the fold of the meat and wrap it with bacon. I grill it to medium rare. I do the same with the legs and thighs.

If you’re looking for some real top-notch recipes for light geese from around the North American continent,  you’ll find them available here. Good hunting and good eating! 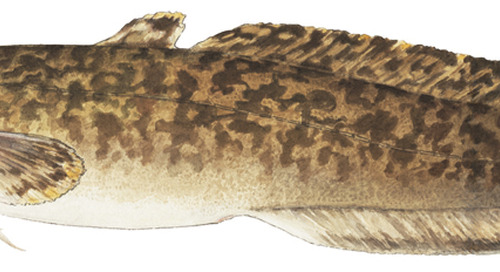 I am a fisheries biologist by training, and well, it could be said that many of us look at the world in a w... 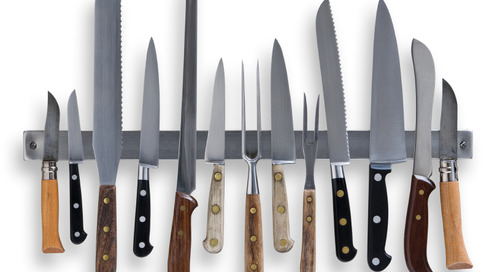 Best Knives from Field to Table 2018

Few things peeve me more than dull knives. As someone who spends a lot of time breaking down game animals a...