In 1905, George Poell was a railroad fireman, soon to be a hero. One day the Grand Island resident was shoveling coal into a locomotive’s red-hot furnace as the train rounded a curve. Suddenly, the train lurched as the engineer put on the emergency brake. Poell looked out the window to see what was wrong.

He saw a child walking on the track, a toddler with blond curls bobbing.

“The little fellow seemed to have heard us,” Poell recalled, “and in his childish way appeared to turn partly around and then toddle off straight ahead of the engine, as if to run away from us and beat us.”

The train was near Powell, northwest of Fairbury. Reports of the train’s speed vary widely; Poell described it as “a pretty good rate … on a down grade with a heavy train.” It was not going to stop in time.

Knowing the engineer could not leave his post, Poell crawled out of the cab and climbed forward along the locomotive’s running board until he reached the “pilot” or “cow-catcher” at the front. From here, he “snatched the child from certain death, and threw it to the side of the track,” said the Chicago Tribune, but in the process tumbled from the pilot and “was dragged 300 feet, bumping over the ends of the ties. His right foot was torn off at the ankle, both arms were broken, and his flesh frightfully torn and bruised.”

But Poell survived and was hailed as a hero. Just before Christmas, Poell received a letter from President Theodore Roosevelt informing him that he had been named the first recipient of a new medal of honor recently authorized by Congress, the Railroad Lifesaving Medal.

“No man could have shown greater coolness, skill and daring, or more heroic indifference to his own safety,” Roosevelt wrote.

The president added, “It is not in my power to make you any material amends for the crippling injuries you received,” and it went without saying that the railroad would take no further responsibility for its former employee, even though he was injured on the job and the boy he rescued was the son of a station agent. It was up to local people to provide for the disabled 25-year-old. Poell posed for photographs with the child he rescued; prints were sold to raise money to buy a small house for Poell and his wife. The young man needed a desk job, so Hall County voters elected him county clerk.

According to railroad historian Jim Reisdorff, Poell resigned his clerkship in 1910 after being accused of misappropriating county funds. Poell left Grand Island and eventually moved to Kansas. But he maintained a lifelong friendship with Paul Ussary, the little boy he had rescued. Ussary, who grew up to be a train dispatcher, recalled that Poell “was like a second father to me.” Reisdorff tells the story in his new book, Hero of the Rails (South Platte Press).

For me, the oddest part of Poell’s story is that I first heard of him while researching a nearly identical 1907 railroad rescue between Seward and Milford. Marion Lux didn’t lose any limbs, but like Poell, he rescued a toddler by climbing out on a locomotive’s cow-catcher. How many small children were playing on railroad tracks in those days?  ■

The post Rescuing a Child from the Path of a Speeding Train appeared first on Nebraskaland Magazine. 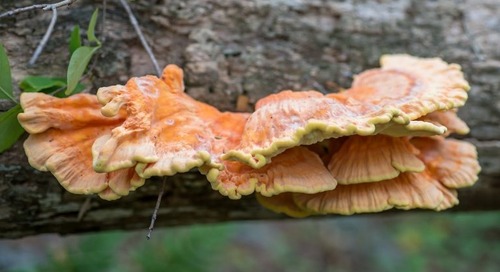 It’s autumn. It’s heavy sweatshirt weather. It’s the season for football and pumpkin-spiced everything. And... 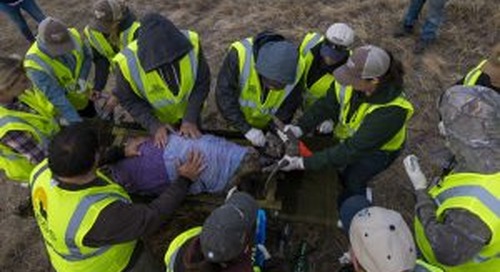 The Nebraska Game and Parks Commission is better able to monitor the health, movements and distribution of ...