LINCOLN, Neb. – Estimated duck breeding populations are strong, according to the U.S. Fish and Wildlife Service’s recent 2018 waterfowl population status report. Although the numbers are down from 2017, the report shows abundance of most duck species above their long-term averages (1955-2017).

In general, habitat conditions during the 2018 Waterfowl Breeding and Population Habitat Survey were slightly poorer relative to 2017, with a few exceptions. Habitat quality generally declined across the survey area compared to last year, except for southern Alberta and eastern Montana, which improved. Overall, habitat quality remains good over a large part of the region and should lead to average waterfowl production this year.

“For most Nebraska duck hunters, the trends in the dabbling duck species – mallards, teal, gadwall, wigeon, shoveler and pintail – are the most important to examine,” said Mark Vrtiska, waterfowl program manager for the Nebraska Game and Parks Commission. “The top two birds in terms of harvest in Nebraska – mallards and green-winged teal – both are doing very well.” Mallards and green-winged teal still were 17 and 42 percent higher than their long-term averages, respectively.

“From a duck numbers standpoint, it’s looking good,” Vrtiska said. “The amount of water on the landscape and the right weather are the two remaining factors that will determine just how good our waterfowl hunting success will be.”

Results from this survey, which primarily assesses duck populations, and other surveys are used to help develop harvest regulations.

The federal status report is available on the U.S. Fish and Wildlife Service website:
fws.gov/birds/surveys-and-data/reports-and-publications/population-status.php. 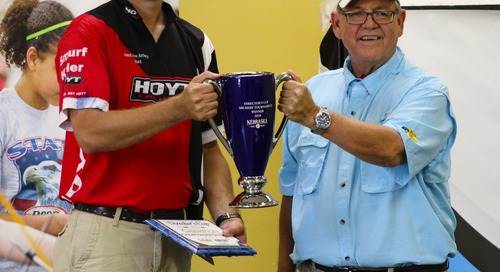