LINCOLN – Nebraska duck hunters will find good news in the U.S. Fish and Wildlife Service’s recent 2016 waterfowl population status report. The report shows mallard numbers are near record highs and the estimated green-winged teal population is the highest since estimates began in 1955.

The estimated mallard population this year is 51 percent above the long-term (1955-2015) average, while the green-wing teal numbers are 104 percent higher than the long-term average.

Other dabbling duck species varied in abundances from 2015, but all except northern pintails were well above their long-term averages. Overall, the total duck population estimate is 38 percent above the long-term average.

“For most Nebraska duck hunters, the trends in the dabbling duck species – mallards, teal, gadwall, wigeon, shoveler and pintail – are the most important to examine,” said Mark Vrtiska, waterfowl program manager for the Nebraska Game and Parks Commission. “The top two birds in terms of harvest in Nebraska – mallards and green-winged teal – both are doing very well.”

The report summarizes the most recent information about the status of North American waterfowl populations and their habitats. The major effort behind this report is the annual Waterfowl Breeding and Population Habitat Survey, which primarily assesses duck populations. Results from this and other surveys are used to help develop harvest regulations.

“From a duck numbers standpoint, it’s looking good,” Vrtiska said. “The amount of water on the landscape and the right weather are the two remaining factors that will determine just how good our waterfowl hunting success will be.”

The federal status report is available on the U.S. Fish and Wildlife Service website:
fws.gov/birds/surveys-and-data/reports-and-publications/population-status.php. 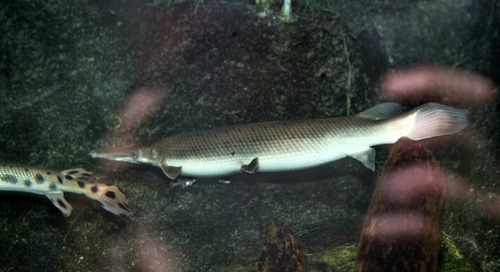 I have been hearing some “chatter” recently on the ole inter-webby about Gar.  Gar tend to have the reputat...

LINCOLN – Join Dennis Ferraro, a University of Nebraska-Lincoln herpetologist, for his program “Meet the Sn...