One morning last July, I was riding in a UTV down a trail at Indian Cave State Park with ecologist Krista Lang, when I blurted out “Stop, stop, stop!”

What had I seen? What had so excited this botanist? There, deep in the oak woods, growing on a log, was a beautiful crown-tipped coral mushroom. One of our missions that day was to photograph mushrooms, and this was a perfect specimen — fresh, big and immaculately shaped.

But there was a problem. The mushroom was in dense shade under shrubs, and I needed light on the subject to prevent a dull photo. Luckily on this day, this sometimes forgetful botanist had remembered his reflector. Portable, lightweight and collapsible, hand-held reflectors are used to … you guessed it … reflect light onto shaded photo subjects. In canopied forests and other habitats with tall vegetation, they are a must for close-up photography of insects, wildflowers or mushrooms. They also can provide fill light to reduce shadows and hence reduce overall contrast in an image.

My reflector, purchased online for less than $20, has reversible gold, silver and matte-white surfaces to reflect varying colors of light. For the crown-tipped coral, I chose the gold surface to bathe the mushroom in a warm light that enhanced its tan color.

While I ran the camera, Lang, standing about 10 feet away, used the reflector to catch and aim a shaft of sunlight that had pierced the canopy onto the mushroom. The mushroom was cast in a soft and more natural light than if I had used my camera’s flash.

That day, the reflector came in handy on several photo opportunities. Thank goodness I had remembered to throw it in the car that morning.

Their name, no surprise, reflects their erect, branching fruiting bodies’ resemblance to coral. Spores develop on the surface of the branches, whereas on typical toadstool-shaped mushrooms, the spores develop in gills or pores on their lower surface.

Chance Brueggemann, ecologist and resident mushroom expert stationed at Indian Cave State Park, knows of three species of coral mushrooms that grow in eastern Nebraska. He said the crown-tipped coral is the most common of the species. This spring-through-fall growing mushroom is distinguished by its whitish to yellowish, loosely clumped branches that are crowned with a cup-like depression bordered with three to six points. Though never abundant, he observes them most often growing on rotting hardwood logs near creeks, but also on logs in moist, wooded ravines higher on slopes.

The crowned-tipped coral is edible and is said to have a mild, woodsy flavor with a slight peppery aftertaste. Mushroom connoisseurs prefer it as a salad garnish, in soups, crispy fried and made into croutons. Brueggemann has tried them once. “It had a strange, chewy, noodle-like texture, but I sautéed it in too much butter and drowned the flavor.” He is committed to continue his culinary experimentation with the mushroom.

Also found in our state, the strict-branch coral grows on or near dead stumps, logs and branches of both deciduous and coniferous trees. Its light tan-to-brown branches form a tight upright clump. Interestingly, the form that grows on hardwoods tends to be a bit more orange in color and is less bushy than the form that grows on conifers. Brueggemann said these might be two distinct, but similar-appearing species. The mushroom’s pungent, anise-like odor and bitter taste make it poor table fare.

The handsome clavaria is found in Asia, Europe and North America, including Nebraska. It is identified by its thick base and pinkish branches that fade to yellow with age. Unlike our other corals, it grows from soil, not on dead wood, under deciduous and occasionally conifer trees. Mushroom hunters beware: This species is slightly toxic, and if consumed, can result in a stomach ache and other associated, unpleasant issues. Though toxic, it is used in traditional medicines in parts of the world.

Brueggemann is on the lookout for the magenta coral, which grows nearby on the wooded Missouri River bluffs in Iowa, but has never been found in Nebraska. One mushroom expert’s image of this elegant mushroom is of a “tiny set of purple antlers, cast aside on a bed of moss under oaks and hickories.”

The post Reflecting on the Crown-tipped Coral appeared first on Nebraskaland Magazine. 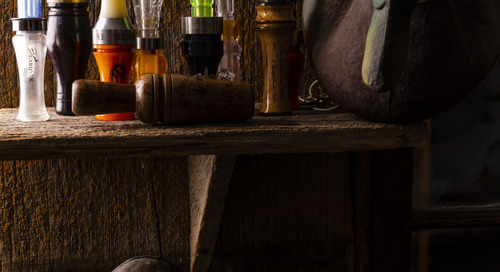 I remember getting my first “real” duck call. It was a gift from a friend, and I couldn’t wait to give it a... 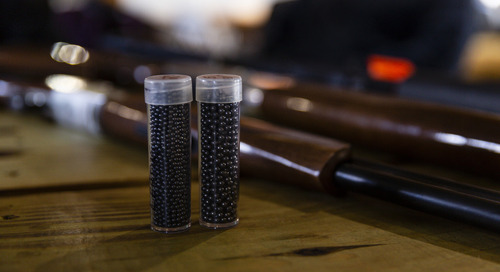 ‘Tis the wingshooter’s favorite time of the year. With quail, pheasant and waterfowl seasons open, why woul...