‘Reel in’ that discarded fishing line

As soon as we arrived at the Chadron City Ponds for a short family fishing excursion, our dog Benny’s attention turned to the shoreline. His eyes were fixed on a bird dangling upside down from the rushes.

Sadly, just as I suspected, the American robin had become tangled in fishing line. That bird flew off with a dangling leg for an undetermined fate as soon as I clipped the braided line free – a better fate than many of the animals that get tangled when nobody is around to lend them a hand. Surely, there are no shortage of robins but none of us wants to see an animal suffer in such a way – especially because of littering.

If you are like me, you are often appalled at how messy some people can be when they get around our waters – a tangled heap of fishing line is among the sloppy anglers most common calling cards. Perhaps some people are just not aware of the problems the line can cause.

One way to help wildlife is to cut the line into small pieces when it is no longer useful. That way it will not hang up on an animal’s extremities.

Another great option is to capitalize on a program by members of a Nebraska organization dedicated to hunting and fishing. Many of you who have spent time around Nebraska’s public fishing waters have surely noticed the bins constructed of big PVC pipe designed to collect discarded fishing line.

The bins are the result of a recycling program administered by the Nebraska Fish and Game Association – the group that hosts the website with the extremely popular message board where hunters and anglers go to share tips and tell about their time afield. The program, which started in 2008, has grown to more than 100 bins at public fishing spots across Nebraska.

Fish and Game Association member Harold Fankhauser of Kearney has been involved with the program since its start. He said the program not only helps keep fishing line of our shores but also keeps the membership active.

He said the group uses a process with the initials RSVP to install the bins at public waters – R is for a recommendation of a location, S is for sponsorship to help the non-profit recoup costs, V is for volunteers to maintain the bin. And, finally, P is for permission from the entity that manages the lake.

“We ask for a hundred-dollar donation to NEFGA and we’ll drive down, put the bin in, install it, have a little ceremony with the property manager,” he said.

He stresses that the group is a non-profit.

“None of us with the NEFGA are paid a nickel – our board members, nobody. Not even our director. It’s all volunteer,” Fankhauser said.

Those maintaining the bins will appreciate me reminding you that they are for fishing line only. No trash, such as – gag — dirty diapers. Many of the bins now have screens over the opening to keep such unwanted material out.

Perhaps you’d like to sponsor a bin or help maintain one. The Panhandle still has a lot of fishing areas that would be great candidates for installation.

For more information about the program, including a map of where bins are located and ways to get involved, visit NEFGA.org. I expect that you also might pick up a fishing tip or two while there.

The post ‘Reel in’ that discarded fishing line appeared first on NEBRASKALand Magazine.

LINCOLN, Neb. – The Nebraska Game and Parks Commission is reminding park visitors and area residents of the... 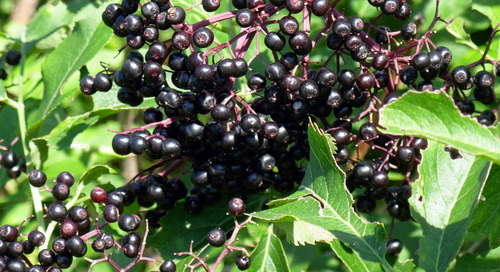