Story and photos by Gerry Steinauer

With no formal training as a writer, my Nebraskaland articles usually require hard work — including days pondering a storyline, late nights writing and re-rewriting, as well as extensive travel to obtain photos. Recently, however, the storyline and photos for an article on the rare hairy clematis (Clematis hirisutissima) fell into my lap.

Although hairy clematis is common throughout much of the western United States, it is rare in Nebraska. Here it has been found in the prairie and open pine woods of the Pine Ridge in Dawes and Sheridan counties, where it appears restricted to soils formed from rare outcrops of interbedded chalk and shale, the remains of ancient sea deposits.

A perennial with a woody root, hairy clematis has single, urn-shaped flowers that hang from stem tips. The unique flowers, which bloom April through June, have blueish-purple, hairy, leathery petals with curled tips, and are the source of the plant’s other common names: sugarbowls, vase-flower and leather-flower. The seeds are clustered, each tipped with a long, hairy plume designed for wind dispersal.

This past May during a meeting, Chadron State College botanist Steve Rolfsmeier, Game and Parks Commission biologist Shelley Steffl, Bird Conservancy of the Rockies biologist Chelsea Forehead and Wild Turkey Federation forester Bryce Gerlach mentioned they would soon be visiting a Pine Ridge ranch with the chalk and shale outcrops to plan a conservation project. Hearing this, Rolfsmeier, who knows the history and distribution of Nebraska’s flora like no other, asked them to keep an eye out for the clematis while on the ranch. He explained that the plant had been collected in the area in 1974 and never again reported in Nebraska. Perhaps, it still existed there.

A few days later, while hiking on the ranch, Forehead saw a single, strange flower and asked “What is this?” Having done their research, Steffl and Gerlach said simultaneously, “It’s hairy clematis.”

“Steve will be so happy,” added Steffl.

During their visit, they found about a dozen clematis plants. On their drive out, they ran into the rancher and told him of their botanical discovery. “Oh, that plant? It’s all over the ranch,” he responded. Apparently, hairy clematis is doing well on the site.

Photos Falling Into My Lap

A few days later, Steffl emailed me the story of their discovery. The following Sunday, while enjoying our morning coffee in my mother-in-law’s South Dakota farmhouse, I relayed the story to my wife, Grace, who is also a botanist. “This would make a nice little Nebraskaland article … if I only had a photo of hairy clematis to go along with the story. But it’s too far a drive for a single photo,” I concluded.

Grace then gave me one of her looks and said, “Well, I was just outside and it’s blooming in Mom’s flower garden.”

“What?” I said. I grabbed my camera, ran outside and photographed three flowering plants.

Back in the house, Grace explained that in early 2000s, while doing plant surveys in the Black Hills, she fell in love with the beautiful wildflower and subsequently planted seeds of the commercially available species in the garden. During the intervening years, I surely saw it blooming there, but having never before encountered the plant in the wild — I assumed it was an exotic ornamental and ignored it. As a botanist, I am a purist interested only in native plants.

A few weeks later, it was déjà vu all over again. We were back at the farm drinking our morning coffee when Grace said, “I was just outside and last night’s rain made the clematis seed heads spread to their full glory.”

“You’re kidding me,” I responded, again heading outside with my camera.

Gerry Steinauer is a Nebraska Game and Parks Commission botanist who has been contributing to Nebraskaland Magazine since 1990. 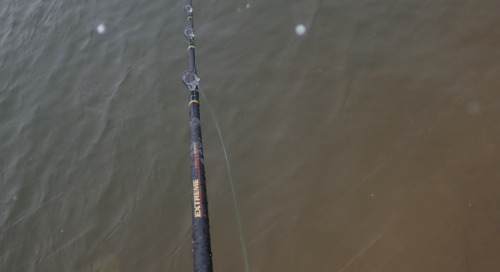 Fridays I try to lighten up a little bit.  Definitely been the kind of week where I could use some levity a... 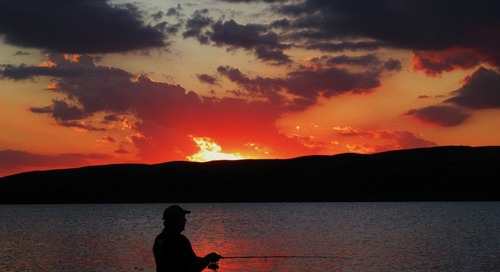 Fall has been “on” for several weeks now.  If you have been reading my blog for a while you know that means...