Conditions:  Weather was obviously cold ahead of the CBC.  The lake was about 80% open, but all other water bodies, including the Republican River, were mostly or completely frozen.  We also had a rather stiff south breeze on the day of the count that made birding conditions less than ideal.  Temperatures ranged from 8 to 30 degrees Fahrenheit.

Species total:  Eighteen observers tallied 90 species, which is a new record count.  The previous record was 85 species recorded in 1998 and 1999.  I also believe, based on a quick review, the Harlan County CBC is now only the second count in Nebraska to reach the 90 species pinnacle (the other is, of course, Lake McConaughy).

New CBC species:  A whopping four species were recorded for the first time in 2016; Brewer’s Blackbird, an unidentified Calidris sandiper, Swamp Sparrow and Barred Owl are all new additions.  Harlan County is at the western edge of the Barred Owl’s range in Nebraska and it has long been suspected there should be a few in the count circle.  Owling efforts have unsuccessfully tried to detect this species, but the one found during the CBC was a bird flushed from its daytime roost.  One party also reported a Pink-sided Junco, which is a new subspecies for the count.

Almost new CBC species:  A Great-tailed Grackle was observed the day before the CBC, but missed the day of the count.

Count Week birds:  Species seen before the CBC, but not observed the day of the CBC include Wood Duck, Green-winged Teal, Killdeer, Golden Eagle and the aforementioned Great-tailed Grackle.

Bigest miss:  Merlin has been recorded on seven of the eight previous CBCs.

Other misses:  Great Blue Heron (recorded on 6/8 of the previous CBCs), Greater Prairie-Chicken (5/8), American White Pelican (4/8) and Winter Wren (4/8).  Missing the heron was not a big surprise because of the recent cold weather and the iced over conditions of rivers and streams.  Also, no grebes were found.

Biggest absence:  As I did last year with this summary, I am making a distinction between a species present but not detected and one not present.   During the first iteration (1996-2001), Black-billed Magpies were recorded every year (average number tallied was 24).  In 2014, only 3 were found.  None were found last year or this year, unfortunately.   This species has been declining in Nebraska for over a decade and has disappeared from some areas and is on the verge of disappearing from other areas in the state.  The likely cause of the decline is West Nile Virus.  Black-capped Chickadees were also hit hard by West Nile Virus.  Their numbers also appear to be depressed compared to numbers encountered during the first iteration of the CBC.  The graphic below illustrates this point for both species.

Sapsuckers continue to show well:  Zero Yellow-bellied Sapsuckers were recorded during the first iteration (1996-2001) of the Harlan County CBC, but the species has been recorded on all three recent counts.  Two sapsuckers were tallied in 2016. 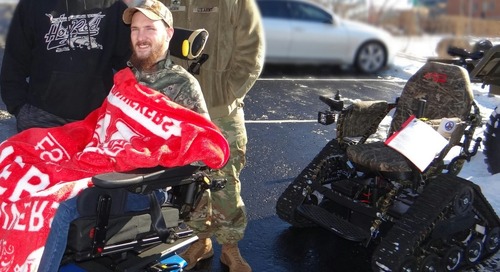 The Best Holiday Gift of All: Access to the Great Outdoors!

Before the accident, he loved to hunt, fish, hike, watch wildlife, target shoot and camp. But in the last s... 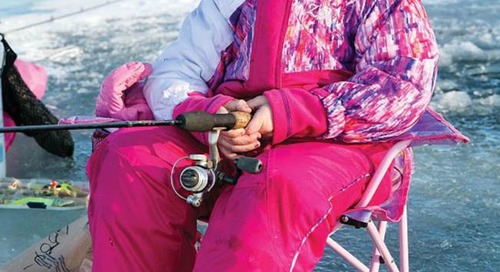 A Trip to the Dark Side

There is a very interesting story in this month’s issue of NEBRASKAland.  It is a story that Jeff Kurrus wr...