LINCOLN, Neb. — Two lakes in eastern Nebraska will be stocked with rainbow trout March 25, according to the Nebraska Game and Parks Commission.

Trout stockings across Nebraska may be delayed because of inclement weather and widespread flooding, which impacted roads and hatcheries. An updated scheduled will be provided when conditions improve. Visit outdoornebraska.gov/fishstockingreports/ for more information. 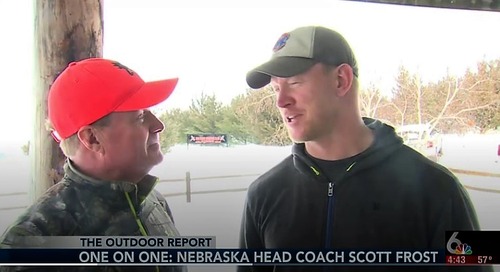 Here is the second part of my interview with Nebraska Cornhusker head football coach Scott Frost about hunt...

Game and Parks urges kayakers, canoers to stay off of flooded rivers

LINCOLN, Neb. – The Nebraska Game and Parks Commission urges the public to stay off of rivers affected by r...