Standing Bear Lake in Omaha was stocked with 7,500 trout on Dec. 17. Holmes Lake in Lincoln and CenturyLink Lake at Eugene T. Mahoney State Park near Ashland were stocked with 3,000 and 3,500 trout, respectively, on Dec. 18.

Game and Parks considered the ice on all three lakes to be unsafe at the time of stocking. Game and Parks recommends the minimum ice thickness for supporting one person be at least 4 inches of clear, solid ice.

Visit OutdoorNebraska.org for more information about fishing or to buy 2019 permits. 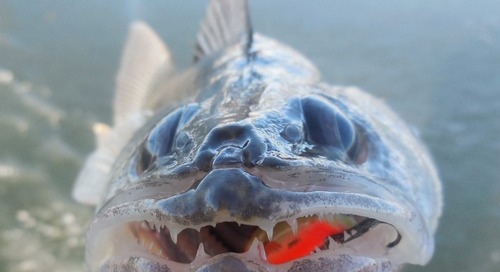 Let’s Get Jiggy With It!

Stinkin’ weather. Yes, I am getting to the point that I am becoming grumpy.  No, it is not because of how l...

Jan. 15 workshop in Norfolk for preschool educators will link science and literature

LINCOLN, Neb. – Educators of preschool-aged children are invited to attend a free workshop in Norfolk on us...