LINCOLN, Neb. – The Nebraska Game and Parks Commission reminds the public that an informational meeting regarding fisheries improvements and future projects at the Valentine National Wildlife Refuge will be held Oct. 5 in Valentine.

The meeting, hosted by the refuge and the Nebraska Game and Parks Commission, will be held from 7-9 p.m. at the Niobrara Lodge, 803 E. U.S. Highway 20.

Presentations will be given on improvements over the past several years, ongoing fish management surveys, fish populations for individual lakes, plans to eradicate common carp, and proposed future fisheries management actions. Following the presentations, attendees can ask questions and discuss concerns and ideas at various information stations covering a variety of topics about fisheries management at the refuge.

For more information, contact Refuge Manager Juancarlos Giese at 402-376-1889 or juancarlos_giese@fws.gov or Game and Parks’ Zac Brashears at 402-376-8080 or zac.brashears@nebraska.gov. 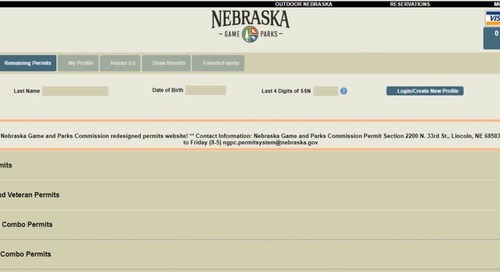 I realize this has been publicized in a lot of places, I am going to do it here too. . . . Nebraska Game an...