Nebraska wildlife officials say conditions throughout much of the state are suitable for the spread of deadly viral diseases among big game populations. They are asking the public to report unexplained death or illnesses of deer, pronghorn, elk and bighorn sheep.

Both are labeled hemorrhagic diseases and are indistinguishable without laboratory analysis. While the diseases do not affect humans, they can be destructive to big game populations.

The diseases are most prevalent in late summer until the first frost. For both EHD and bluetongue, certain tiny midges or gnats bite a host and move the virus to nearby animals. When animals congregate at water during drought, the insects have potential to spread the virus to more animals. Additionally, infected animals often seek water for relief and die in or near it.

The latest report from the U.S. Drought Monitor dated Sept. 29 shows conditions throughout the entire state range from abnormally dry to exceptional drought. Drought conditions are most severe in the state’s southwestern and northeastern regions.

Observations of unhealthy big game animals or unexplained deaths should be reported to the nearest Nebraska Game and Parks Commission office. Locations include Alliance, Bassett, Kearney, Gretna, North Platte, Lincoln, Omaha and Norfolk. Contact information may be found at OutdoorNebraska.gov/Locations.

Hunters will have a chance to pursue deer at three state park areas along the lower Platte River this fall ... 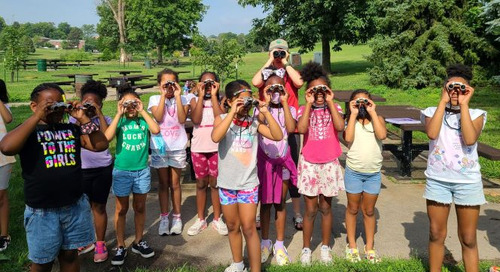 By Alie Mayes, Community Science Education Specialist Are you a bird nerd? Maybe you like to casually watch...