LINCOLN, Neb. – The public is advised to avoid an area of the Elkhorn River in Dodge County where natural gas pipelines have become exposed after recent flooding.

Northern Natural Gas will be replacing the pipelines, so the public is advised to avoid the river north of Highway 91 and south of County Road J through June 25.

Northern says that neither the pipeline nor efforts to replace it pose a risk to public health and safety. However, any boating, river recreation or vehicular or foot traffic near the site could pose a safety risk to pipeline works and the public.

The Nebraska Game and Parks Commission recommends boaters, paddlers and tubers stay off all rivers in eastern Nebraska, which still are swollen from spring flooding.

In addition to higher level and faster speeds, these river bottoms have changed since the March flooding and continue to change. Submerged hazards and debris in rivers and under bridges continue to present safety risks.

Also, the U.S. Coast Guard says the Missouri River now is open to all commercial and recreational vessel traffic from Napoleon, Missouri to just north of Sioux City, Iowa. A no-wake zone has been established around Plattsmouth and Sioux City.

The Coast Guard says the Missouri is at moderate or major flood level, and it does not recommend boating in these conditions. It says boating can hamper efforts where communities still are fighting floods.

LINCOLN, Neb. – Youth ages 8-14 can make the most of their summer by attending summer day camps hosted by t... 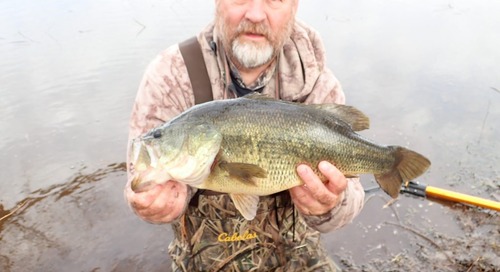 Growing up in North Platte I discovered that the borrow pits along Interstate 80 running through Nebraska p...