Burns are planned at Taylor’s Branch WMA in Pawnee County and Osage (southeast tract) WMA in Johnson County. Other prescribed burns on WMAs may be planned later this summer.

Burns during the summer and fall can help set back undesirable plants that invade native prairies and other grasslands. Eastern redcedar trees and undesirable deciduous shrubs can be more susceptible to summer burns because of higher air temperatures. These trees often expend much energy in flowering and fruiting and have higher rates of mortality because of this. Green vegetation in summer and early fall slows the rate of burn and allows burns to be more predictable.

Summer and fall burns, if used in conjunction with grazing, can set back smooth brome and other invasive plant species, increase diversity in grasslands and improve habitat for wildlife. Fewer acres are burned during summer and fall burns to be sure plenty of habitat is available going into the winter in these immediate areas. 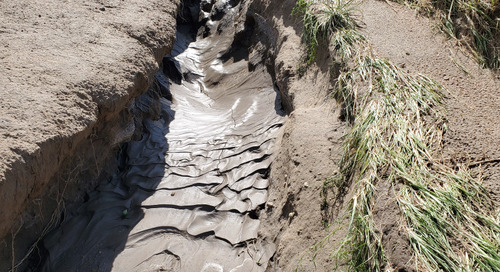 Yes, there have already been news releases on these, and no, I am not letting anyone know before the weeken... 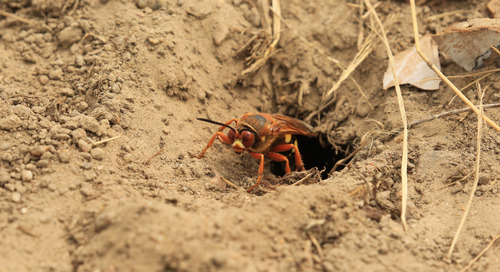 Cicada killer wasps will start emerging from the ground anytime, but these docile wasps only have one thing...