By autumn, the seeds of most prairie plants have fallen, and with luck, pounding rain, digging animals or winter frost heaving will work them into the soil to await germination. Some seeds, however, are stragglers — held in pods, shriveled fruits or tight bracts to face the elements of winter aboveground. Many of these will fall prey to hungry birds and mammals, and a lucky few will pass through the foragers’ gut unharmed and be dispersed about the land. Others will fall onto snow or ice and, eventually, the melt will gently deposit them onto moist soil.

Last winter, I chose prairie seeds as a photographic pursuit. On several calm, often frosty, early mornings and late afternoons, I roamed local prairies and fields seeking photogenic seeds or seed heads. When found, framing them usually forced me down on my knees, butt or belly onto snow or frozen, hard ground. Clumsy gloves tossed aside, I operated my camera barehanded, my fingers turning cold, stiff and red. Fortunately, the excitement of the chase distracted my mind from the cold. Here are the results of my endeavor.  ■ Seeds are plants’ life blood: its agent of dispersal to new habitats, as well as the foundation of its next generation. Seed dormancy is an adaptation to increase seed efficiency by delaying and staggering germination over time, allowing at least some seeds to sprout under conditions favorable for seedling survival and growth.

Dormancy provides plants many advantages. Key in our climate, the dormancy of most prairie wildflower and grass seeds are broken by exposure to the cold and dampness of winter. The seed coat softens or chemical changes occur within the seed, allowing the embryo to sprout in spring. Without dormancy, a potential worst-case scenario is that a plant’s entire summer bounty of seed sprouts during a warm, wet spell in autumn, and winter’s chill kills an entire generation of seedlings.

A far better strategy is for the precious seed to lay dormant in the soil through winter and sprout the following spring, allowing the seedlings to mature under the warm summer sun. Prairie restorationists typically plant seed in fall so it can naturally break dormancy over winter.
Exposure to sunlight breaks the dormancy of some buried seed, brought to the surface by erosion, tunneling animals or trampling by large ungulates. The hard seeds of starry false Solomon’s seal and other plants are stimulated to germinate by passing through an animal’s gut, where stomach acids or a gizzard’s grinding action weaken the seed coat, allowing water uptake and the seed to sprout.

The seed of some plants lay dormant in the soil until stimulated to sprout by favorable events. Researchers, for example, have recently discovered that the heat and smoke of prairie fires chemically weaken the seed coat of some prairie wildflowers, such as buffalo bean and silver-leaf nightshade, allowing their seedlings to take root in fire-bared, sun-soaked soils temporarily free of competition from other vegetation.

The length of time a seed can remain dormant varies by species. Hard-coated seeds, such as those of the Illinois bundleflower (shown above), a widespread species in eastern Nebraska prairies, can remain dormant and viable in the soil for decades. The longest documented seed dormancy: Researchers sprouted seeds of the narrow-leafed campion that had been buried in Siberian permafrost for an estimated 31,800 years. 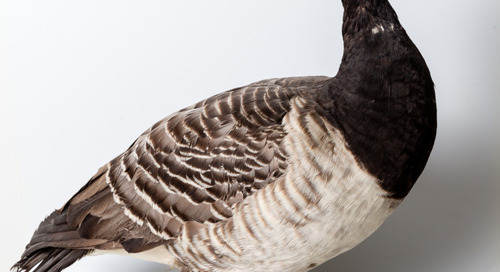 Waiting 50 Years to be Told The Nebraska Game and Parks Commission occasionally receives animal mounts from... 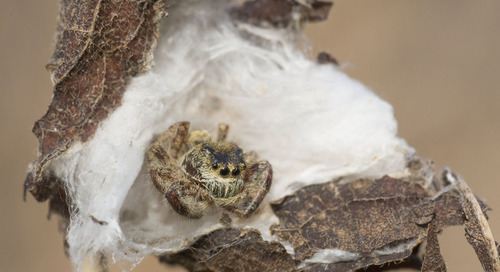 A Great Time to Observe Nature Anyone can hike on a warm day, surrounded by birdsong and verdant meadows of...