CRAWFORD, Neb. – The Nebraska Game and Parks Commission is moving forward with a comprehensive plan to improve the fishing at most of the 11 ponds in Fort Robinson State Park.

Joe Rydell of Alliance, Commission fisheries biologist, said the ponds provide angling opportunities to countless park visitors each year but are in need of an upgrade and have untapped potential. Fed by coldwater streams and springs, many of the ponds in the 22,000-acre park served the Crawford National Fish Hatchery, constructed in the late 1920s.

“They have aging outlet structures, are shallow and have limited access due to steep terrain and overgrown brush along the shorelines,” he said. “Some of the ponds have high levels of sediment from the 1991 flood.”

Improvements to six ponds, each less than two acres, are set for the first stage. That phase, largely funded by the Nebraska Aquatic Habitat Stamp and dollars generated from a manufacturers excise tax on fishing equipment through the federal Sport Fish Restoration Program, brings major improvements to three of the four Grabel Ponds, Cherry Creek Pond and the latter’s adjacent diversion reservoir. Improvements to the lower Ice House Pond are also scheduled for phase one.

Along with the new outlet structures and deepening the ponds as much as 10 feet in places, the plan calls for adding numerous fish habitat structures such as brush piles, gravel beds and rock. In order to improve access workers will install features such as kayak launches, fishing piers and angler access pads, many compliant with the Americans with Disabilities Act. They will also clear some overgrown trees and other vegetation along shorelines.

Rydell said the new outlet structures will be designed to work better and be safer than the ones there now, which are about a century old. As evidence of the project’s need, a damming board in the lower Ice House Pond’s outlet structure broke late last summer causing its water level to fall 13 feet overnight. That issue increased the urgency for work on the pond.

The second phase of the project includes improvements to two ponds along Soldier Creek, Carter P. Johnson Reservoir and the smaller Crazy Horse Pond about a mile downstream. Carter P. Johnson is not included in the Aquatic Habitat Program, so other funding options are being explored for it. It is the largest of the park’s ponds at 15 acres and was renovated in 1994-1995 prior to the creation of the Aquatic Habitat Stamp. 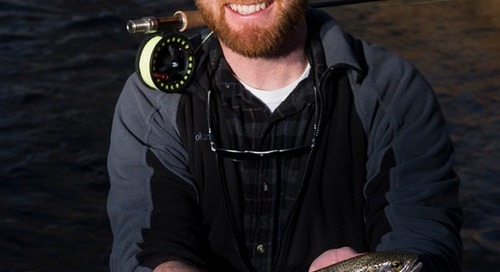 It was only a month ago that we introduced our new angler recognition program–the Nebraska Trout Slam.  At ... 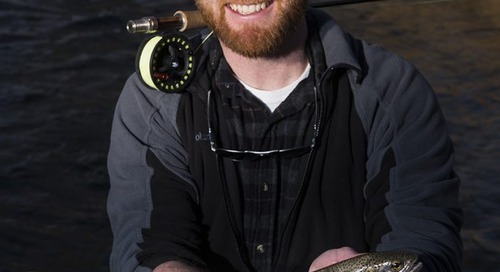