“How about the spinnerbait?” Brad Feeken of Gretna asked as we fished from a john boat on a small pond in Cass County.

“Buzzbait,” I responded. “Buzzbait?” “That’s the name of that lure,” I said.  “A spinnerbait is a little bit different.”

These are the types of conversations that I have with my newest fishing partner, 41-year-old Brad Feeken, during our times on the water during the spring and summer – times that he would have never imagined having even a few years ago.

While growing up in Hastings, fishing was the last thing on Feeken’s mind. “I hated the waiting,” he told me on one of our first trips together. “Dad would hand me a pole with a bobber and I’d cast out.” Then it became agony to a kid unwilling, or unable, to stay still waiting for that bobber to disappear.

So when I explained to him that largemouth bass fishing was very little, if any, sitting and waiting, he dipped his toes back in the water. And on our first trip together, as bass after bass attacked our topwater offerings, he tilted his head toward the heavens above: “Dad! Why did you make me fish with a bobber?!” He laughed, then made another of what turned out to be hundreds of casts that day.

So when I told him that, quite often, the difference between catching and not catching a fish, especially on farm ponds, is making a cast two inches from a stump versus two feet, he was intrigued. Even a fishless cast can provide satisfaction to an angler who is striving to throw a lure exactly where they want.

Anyone that has ever introduced another person to hunting or fishing understands that there is a very important day that eventually happens to the new outdoor enthusiast – the day they call you from the field.

A person is fully vested when they begin to hunt and fish by themselves. I saw it when I started fishing with long-time NEBRASKAland contributor Matthew Marx, who began fishing in earnest in 2002 shortly after we first met. Since then he has made trips across the country in pursuit of largemouth bass, northern pike, muskies and a number of other fish.

But it didn’t end with fishing. Marx is there on every opening day dove hunt now, is a crack rifle shot when he’s in the stand on the opening day of rifle season and loves stalking turkeys with his bow – all of which started from an afternoon water cooler conversation we had years ago about the outdoors when we were teaching colleagues.

Now Feeken is right at the precipice himself. When I recently told him that my favorite place to largemouth bass and northern pike fish is a mere six-and-a-half hours away and that we need to carve out a couple of very long summer days to drive, fish, and drive home again, he had one suggestion: “We need at least one more day.”My phone will be ringing very soon. In many ways, teaching an adult is the same as teaching a child a new outdoor pursuit, except for one important difference – adults learn faster. While a child’s mind is a sponge ready to soak up any information you can pass on to them, they are constantly battling against their own attention span.

However, an adult has the ability to pick up the technical aspects more quickly. Plus, adults are generally more coordinated than kids, so teaching a 40-year-old the nuances of a baitcasting reel, for example, will often go smoother than teaching an eight-year-old.

Use the tactics that you’re explaining to the new angler as well. Nothing helps more to introduce another strategy than to be able to show them fish being caught a different way than they already know.

Lastly, be confident enough to say “I don’t know” when you’re unsure why fish are, or are not, active on a given fishing day. This will further explain to your new fishing partner that their new passion is a constant learning process, and that even though they are new, you will both be learning together.

Switching from hook-and-bobber fishing to a long list of terminology and techniques including crankbaits, slow-rolling, spinnerbaits, bottom-bouncing, fan-casting and more can be daunting and very uncomfortable.

Give yourself time. The more you slowly start to learn from your partner, and then read and see on your own, the more the puzzle pieces start to fit together.

Personally, fly fishing with wet flies seemed an impossible task until I did it for the first time at Two Rivers State Recreation Area’s trout lake last year. Once I learned to watch my line and use the same stop-and-go line stripping techniques I use when I’m using baitcasting gear for largemouth bass, I had enough success to stay interested.

Next came a gradual gaining of knowledge, including definitions of tippets, roll-casting and tapered line. In many respects, the same types of tips I’m giving Feeken regarding bass fishing are being given to me by other anglers regarding fly fishing.

Read more articles from the July issue of NEBRASKAland Magazine

Published 10 times per year. The award-winning NEBRASKAland Magazine is dedicated to outstanding photography and informative writing with an engaging mix of articles and photos highlighting Nebraska’s outdoor activities, parklands, wildlife, history and people. Subscribe or Renew

More on fishing in Nebraska can be found on the Nebraska Game and Parks website. 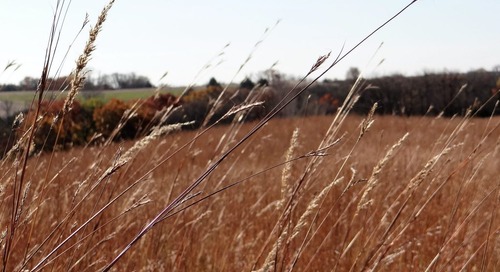 Can I get permission to hunt your land?

LINCOLN, Neb. – Summer is in full swing and Nebraskans are enjoying their days on the water. The Nebraska G...