When spring time rolls around, pointy-headed fish biologists get really busy.  I even get out of the office to help with all the field work that needs to be done this time of year.

Most of you know that northern pike spawn right around the time ice goes out.  They will even spawn under the ice if we have a late ice-out, but if you are looking to collect a bunch of northern pike, that is a great time to do it.  Once again this spring, northern pike in Lake Wanahoo have been collected and tagged.  It was actually the last day of that work that I crawled in a boat and helped with the effort.  The water was cold and although there had been some nice weather during the week, it was not so nice the day I went out. At least we got off the water before the snow started. The pike were captured in frame nets, also called trap nets, also called fyke nets.  Those nets sit in shallow water and fish swim into the nets, into the frames, where they cannot find their way out.  Here is what one looks like in the water, from a previous year’s pike tagging effort at Wanahoo. Strong-backed fisheries biologists pull the nets over the side of the boat, open the end and dump the fish.  We were targeting northern pike, so the pike went into a large livewell, everything else back into the water ASAP.  By the way, there are still some really nice bullheads in Wanahoo!

Pike were then measured and sexed.  During the spawn period, sex determination is very easy, some pressure on the belly of the fish will express either eggs or milt out of their vent. Fish were checked for tags. OK, enough pictures, let me play the biologist and throw some numbers at you.

Pike tagging was done on Wanahoo for a total of four days this year.  Twenty-nine nets were run each day and in four days 1,109 pike were collected.  The most pike caught in one net was 46!  Believe me, that many fish is a back-breaker.  The biggest pike collected were up to 42 inches, average size would have been around 28-30 inches, smallest fish would have been around 20 inches.  Surprisingly, some of the smallest pike we saw the day I was out were females and they were mature!  Forty-eight percent of the pike collected were males and 41% were females.  Yes, I know that does not add up to 100%; the missing 11% were either immature or spent and sex could not be easily determined, or they slipped over the side of the boat before they could be sexed.  Yes, pike are slimy, large, strong, and with cold fingers, sometimes a fish or two, usually about the 113th of the day, escapes our grip and prematurely lands back in the water.

Catch rates this spring were actually higher than previous year’s pike tagging.  There could be a couple of reasons for that:  One, the water was relatively dirty and the fish may have been more likely to wander into a frame net under those conditions.  Or, I suspect that once the ice finally left, with high water conditions, the spawn was at its peak while the tagging was being done.

We have been tagging pike in Wanahoo for a number of years now, and by far most of the adult fish are swimming around with a tag in their back.  By the last day of tagging this year, the day I was out, 78% of the pike we caught were already tagged.

The pike tagging at Wanahoo has been extra work, more than just annual sampling of the fish community.  It has been a great opportunity to learn a lot more about a pike population in a new reservoir.  One thing we can do by tagging is estimate the actual number of pike, and with several years of tagging and the majority of adult pike having been tagged, the population estimate is a very good one, much better than is usually possible.  There are approximately 2,300 adult northern pike in Lake Wanahoo.  If you work that out, that is only 3.6 pike per acre.  Let me put that number into even better perspective:  With an angler survey on Wanahoo we have estimated an annual catch rate of pike, open-water season only, of around 3,100 pike.  Yes, look close at my numbers again. . . . Yes, we estimate a pike catch greater than the population estimate.

Now you know why we have a total catch & release regulation for Lake Wanahoo pike.

Oh, and do not tell me that catch & release does not work. LINCOLN, Neb. – Hunters should be aware of a new process for awarding big game draw permits starting this y... 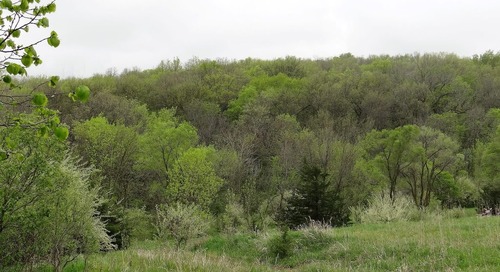 About Morel Mushrooms This Spring

There is no doubt that your morel mushroom hunting grounds along river bottoms and their tributaries in eas...