“The Cornhusker State is a bird hunting cornucopia,” writes PF blogger Ron Spomer. “You’re liable to bump into not just ringnecks, but bobwhites, sharp-tailed grouse and prairie chickens. And you can look for them on 800,000 public access acres on 300 state and federal land areas. That’s only 2 percent of the state’s total land, so if you can talk yourself onto private lands, you’ll have the potential to walk yourself to death in a flurry of upland hunting.”

Spomer also mentions Nebraska’s array of public hunting land opportunities and how to locate them in the Nebraska Public Access Atlas.

Read the full blog at PheasantsForever.org/BlogLanding/Blogs/Field-Notes/The-Great-8-The-country%E2%80%99s-top-eight-pheasant-hunti.aspx.

According to the 2016 Nebraska Upland Game Hunting Outlook, pheasant and quail abundance in the state this year is higher than the five-year average over most of the state. This fall, pheasant abundance will likely be similar or slightly lower than the 2015 hunting season, which saw a 26 percent increase in harvest compared to 2014. Quail abundance continues to be high across the species’ Nebraska range. Nebraska’s Upland Game Hunting Outlook is available at OutdoorNebraska.gov/Upland.

The Nebraska Game and Parks Commission partners with Pheasants Forever and Quail Forever (QF) to improve habitat, increase hunting opportunities and enhance hunting experiences for thousands of hunters from Nebraska and around the country. Nebraska boasts 60 PF and four QF chapters, with 10,000 individual members.

Among the other states mentioned in the blog “The Great 8: the Country’s top Eight Pheasant Hunting States” are Iowa, Minnesota, North Dakota, Kansas, South Dakota, Montana and Colorado.

LINCOLN – A health alert is in effect for Willow Creek Lake in Pierce County and Rockford Lake in Gage Coun... 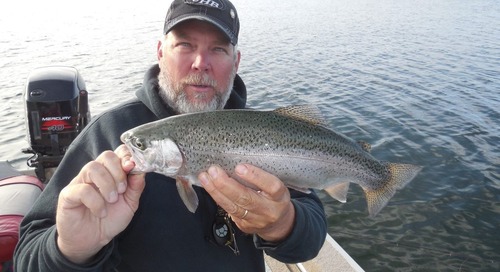 Got to looking at the calendar and was reminded that tomorrow is “National Hunting and Fishing Day“.  I lik...