It has been a while since I’ve heard from our friends working for the Anadarko Petroleum Corporation in The Woodlands, Texas.  On a few occasions over the past few years I’ve received emails, usually accompanied with a photo, informing me that the Peregrine Falcon “Lewis” was observed sitting on a ledge on their office building.   Lewis hatched at the Capitol in 2012 and is the sibling of Clark, who has taken up residence at the Omaha Public Power District’s north Omaha power station.  He was last reported from the Anadarko building in December 2016.

Late Friday, I received an email Anne Downs with Anadarko informing me that a Peregrine Falcon was recently spotted on their building ledge.  The bird is banded and even though the alphanumeric combination has not been fully read, it is reasonable to conclude the bird is very likely Lewis based on the bird’s appearance and the pattern of past sightings from this locale.  See the photo of the bird in the big city, below. Sightings of Lewis have occurred outside the breeding season and it is not known where he spends his summers.  I will pass along any confirmation that the bird is indeed Lewis.  Many thanks to Anne Downs for sharing and allowing use of her photo on this blog post. 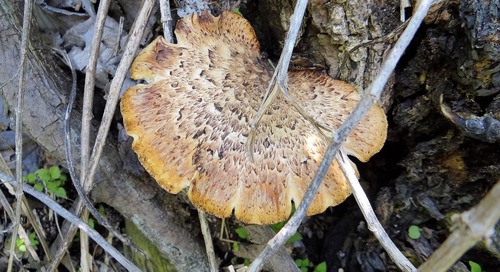 While there will be more chilly, frosty nights — and yes, most likely, more snow — in the Nebraska countrys...