Home » NEBRASKAland Magazine » On the Move Again
× Share this Article

On the Move Again

As summer vacations come to an end and a new season of Husker football begins, many birds have already begun their journeys from northern breeding territories to their southern wintering grounds. Songbirds, shorebirds and waterfowl typically migrate at night, arriving to new locations to rest and refuel during the day. This is an exciting time for birders as our favorite locations can transform literally overnight from having almost no avian activity to an abundance of new birds scattered about.

Typically, fall migration is more prolonged than spring migration, as birds have more time to get to their wintering areas compared to the rush in spring to arrive first to claim the best breeding territories. There are also many more birds on the landscape than in spring, as all the young birds hatched during the summer attempt their first migration south. This more relaxed pace of migration, along with the addition of many more birds, offers excellent birding opportunities for both novice and experienced birders.

In Nebraska, fall migration begins as early as late June with yellowlegs returning, marbled godwits heading south, and long-billed curlews flocking together before flying south. Other shorebirds like American avocet peak their migration from mid to late August. Songbirds and raptors move through in waves starting in September through October, and most waterfowl typically do not pass through until October. With endless possibilities to view a variety of species during fall migration, here are just a few of our favorite places to enjoy this annual autumn spectacle.

Conestoga State Recreation Area has wide-ranging habitats of a shallow wetland, shrubby fields and a large waterbody that attracts a variety of migrating birds. The shrubby fields and adjacent woodlands on the south end of the lake attract a variety of songbirds like Lincoln’s sparrows and Nashville warblers. As with most waterbodies across the state, when water levels are low, the exposed mud flats can attract a variety of shorebirds during migration. The shallow wetlands on the northwestern corner of the lake can be an optimal location to view shorebirds in this area. During late autumn, the large waterbody draws in hundreds of snow, Canada and cackling geese as well as large flocks of redhead, lesser scaup, gadwall, and many other species of ducks.

As songbirds start to migrate south, they rely on a good tail wind and favorable weather conditions to make their flight south as easy as possible. If the weather conditions turn bad, the birds will often land in the nearest area with suitable foraging habitat. When areas are dominated by development and agricultural fields, parks can be a little oasis for birds as they wait for the weather to turn favorable for their next leg of their journey. The Lincoln Saline Wetlands Nature Center can often act as this stopover oasis for many songbirds during their migration south. The availability of water and shrubby habitat attracts a variety of flycatchers, warblers and sparrows to this location. Many of the shrubs along the path are no more than 8 feet high, offering chances to view migrants near eye-level. At the adjacent Capitol Beach, hundreds to thousands of Franklin’s gulls congregate and can often be viewed flying over the saline wetland.

Nestled in the southwestern part of the Nebraska panhandle, Oliver Reservoir and the nearby town of Kimball stand out as a beacon of vegetation and water among the vast, semi-arid grassy landscape of the Great Plains. For birds, this is like coming across the only gas station for hundreds of miles during a long family road trip. It is an essential place to stop, eat and rest before continuing through the expansive landscape. Not only does this relatively small area attract solid numbers of expected migrants, but this site also hosts some uncommon species for Nebraska. Have a field guide ready as many similar-looking flycatchers and sparrows visit this location in late August and early September. A variety of vireos, swallows and warblers, like MacGillivray’s warbler, also can be observed here.

Not every day in the fall can include early morning trips to migrant hotspots. For birders interested in catching a glimpse of migration as it happens in real time, raptors are the perfect species to watch. Raptors migrate during the day, relying on tail winds and thermals to help them conserve energy as they migrate. Raptor migration can be enjoyed almost anywhere, but it is especially good on cloudier days when their silhouettes can stand out. Lay back in a camp lounge chair and look to the sky on days with north winds, and try to find a stream of raptors flying by. Throughout Nebraska, watch for Swainson’s hawks as there will usually be multiple birds soaring together in what is called a kettle. They will soar in circles as they rise to the top of a thermal before gliding out to catch the next thermal.

Fall migration is a thrilling time for all birders to view a variety of species as they make their way back south. For more ideas on places to enjoy fall migration, visit NEBirdingGuide.org. Happy birding!  ■

Olivia DaRugna is a watchable wildlife biologist for the Nebraska Game and Parks Commission at Wildcat Hills State Recreation Area and Nature Center in Gering.

The post On the Move Again appeared first on Nebraskaland Magazine. 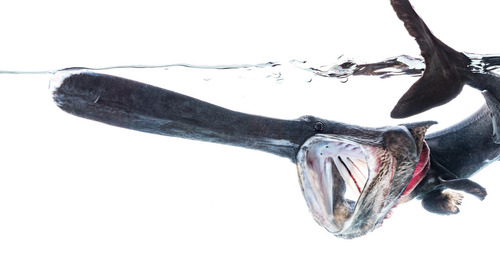 A History of a Unique Fishery By Kirk Steffensen, Missouri River Program Manager Paddlefish are a group of ... 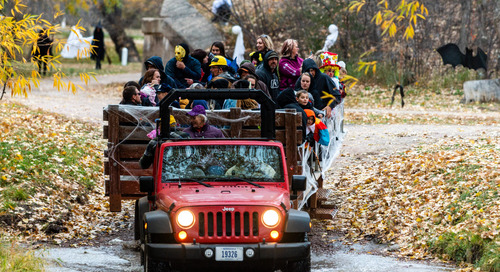