No, it was not a catfish as big as a bus.  It was a pallid sturgeon, a federally-listed endangered species.  Pallid sturgeon are similar to shovelnose sturgeon, but larger and much rarer.  Nebraska Game & Parks Commission research crews spend a lot of time monitoring pallid sturgeon in the Missouri and lower Platte rivers in Nebraska, but none have ever been documented in the Loup River.

That changed in October when a couple of catfish anglers caught a pallid sturgeon near Genoa, 100-some river miles above the mouth of the Platte. Yes, look close and you can see that the fish was caught on shrimp.

The pallid was about 30 inches long, and it was immediately released after its identity was confirmed.  Pallid sturgeon previously had never been documented anywhere in the Loup River.

This does not necessarily mean that there is a population of pallid sturgeon in the Loup River.  However, it is evidence that those fish may migrate from the Missouri River some distance up into smaller tributaries.  I have mentioned before how much fish in large rivers move, migrate.  Fish populations in large rivers utilize miles and miles of a river basin as habitat.  Typically, they are not confined to specific areas.

During periods of high flows, fish in rivers are likely to be on the move both up and downstream.  You all know Nebraska rivers had high flows this year, and that may be why a pallid sturgeon showed up where it had never been seen before.

When the subject of river fisheries or sturgeon comes up, I always post a friendly reminder:  Know your sturgeon I.D.!  You never know for sure what you might catch, even on the Loup River!

MERRIMAN, Neb. – Tickets are on sale for Christmas at the Bowring, the annual holiday celebration at Bowrin... 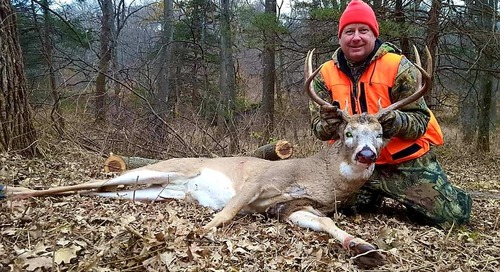 How To Best Photograph A Hunter With Their Harvested Deer

You are a deer hunter and you’re mentoring a new, young hunter in the field. The young deer hunter has just...