As the weather warms up, I love overnight trips to our great public lands in the region. The more remote the better. For the first trip of the season, I chose Cottonwood-Steverson Wildlife Management Area in the Sandhills between Merriman and Hyannis.

Upon arrival, the Cottonwood-Steverson welcoming committee promptly greeted me.

While many water-loving species are attracted to Cottonwood-Steverson and its Sandhills lakes, I found myself attracted to the many small birds fluttering among the trees. The warblers were out in force.

Such as this black-and-white warbler (Mniotilta varia).

And, of course, the yellow-rumped warbler (Setophaga coronate).

Long ago, I worked in sports information at Chadron State College and the following bird gave us fits. Every time someone wrote the word redshirt, as in “redshirt freshman,” the spell-checker wanted to change it to redstart. So, behold, my first photo of the American redstart (Setophaga ruticilla). While it’s not a stellar image, it’s a handsome bird and serves as a promising recruit to my list of bird photos. I’ll gladly give it another shot.

The biggest disappointment of the trip was the absence of great blue herons. The property features a heron rookery — a colony of nests high in a row of hardwoods near the west entrance. Those stick nests high in the trees were vacant, though, even though there were a few herons there during a quick stop I made in early April. Commission wildlife officials suspect a combination of weather-related factors that came later – or perhaps harassment from predators or humans — caused their hatch to fail. Total bummer.

After several hours in the blind, I retired to the tent cot for what I thought would be quiet night. After all, other than a little local traffic of ranchers and the occasional semi rolling down Nebraska Highway 61, it seemed I was alone in this serene location. Little did I know, however, Mother Nature had a sound-and-light show planned for me. Out came the camera.

After the stormy night, I rose early to catch the next light show: Sunrise.

And, finally, I was no longer alone in enjoying this great property. A solo fisherman had taken to the water. The 680-acre lake is listed high in this year’s fishing forecast for crappies. That’s not all that swims its waters. Here’s a giant muskie that Joe Rydell, one of our fisheries biologists, caught and released during sampling efforts there earlier this spring. It caused quite a stir when he posted it to social media. “Whoever said Nebraska doesn’t have big fish must not be a very good fisherman,” he wrote. 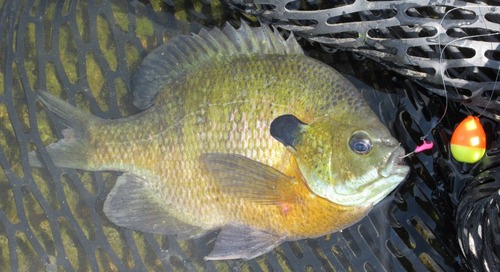 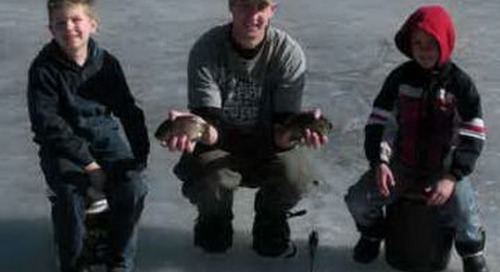 Take ‘Em Fishing, For You!

Yes, most of my blogs lately have been about our Take ‘Em Fishing campaign.  I am going to continue that to...