In an effort to show some of the beauty I get to frequently encounter in this part of the world, I’ve decided to periodically feature some of my favorite photos on this site. Here are some scenes from around the Panhandle in recent weeks. Frosty ponderosa pines always catch my eye. With a little splash of evening sunlight, it seemed these specimens in the Pine Ridge Ranger District of the Nebraska National Forest were begging to have their photo taken. Beautiful? Maybe not. I was with a Nebraska Game and Parks Commission biologist when I photographed this black-capped chickadee on a frozen deer carcass in Sioux County. The bird seemed compelled to the stinky thing. I thought to myself, “What’s such a cute little bird doing hanging around such a grisly scene?” Research tells me there is a good reason for it. From the Cornell Lab of Ornithology’s website: “In winter black-capped chickadees eat about half seeds, berries, and other plant matter, and half animal food (insects, spiders, suet, and sometimes fat and bits of meat from frozen carcasses).” One of the most remarkable conservation stories is that of the Canada goose. Considering how scarce the species became in the early 20th century, it is impressive to observe how conservation efforts have been so successful that the big birds have even become considered a nuisance in places. Regardless of how common geese have become, it is still breathtaking to see them in great numbers. Not to mention, the species is providing a lot of premium table fare for hunters. This image was captured on the North Platte River near Broadwater. My shooting percentage for sharp-tailed grouse in flight – both by gun and camera — is low, but here I nabbed an image in the snow. Grouse are often seen atop branches of bare trees and shrubs in winter. Not only does the elevated perch give them a good view of approaching predators, but the buds of those trees provide nourishment while other forage may be covered with snow. Sharpies are fun to photograph any time of year, but I am especially looking forward to watching them perform their courtship dances on their leks during warmer days. The Ice House Ponds at Fort Robinson State Park seem to be living up to their name these days. This is among the ponds that will be receiving upgrades in coming months. The Oglala National Grasslands take on a magical sheen on a frosty morning. This herd of elk – which spills to points unseen outside this image – was loafing on a hillside northeast of Chadron on a snowy day. Although I wasn’t able to get as close to the herd as I would have liked to, I certainly enjoyed the show and was thankful to get a tip on their location from a watchful farmer-rancher. 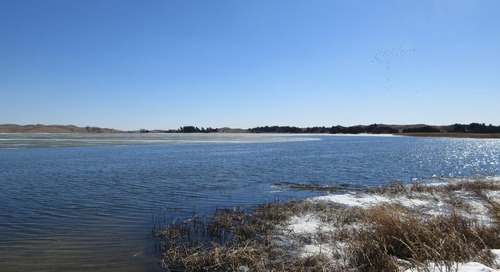 I was not going to blog about this today, was going to keep it light for the weekend, but I heard another r... 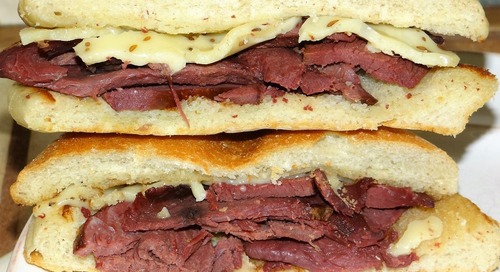 It’s winter. The daylight is short. The nights are long and dreary. Air temperatures outside are cold, down...