LINCOLN, Neb. – Do you know what it means when the calendar approaches April Fool’s Day? No, it is not time to prank your fishing buddy. It is time for the walleyes to spawn.

Many things can cue spawning in freshwater fish: weather, water temperature, moon phase, etc. One of the most important cues is the amount of daylight. For that reason, spawning tends to occur about the same time every year. So, the walleyes will be spawning April 1.

Not all fish in a population spawn at the same time. Some spawn early and some late. The result is the spawn period will last a period of weeks. Typically, males are the first to anticipate spawning; they “come early and stay late.” Male walleyes will be present on spawning habitats for days, even weeks, before and after peak spawning activity. Females stage near the spawning habitat, then move up when they are ripe and ready to spawn. Normally, females will deposit all of their eggs in one night of spawning activity.

Walleyes are broadcast spawners. Eggs and milt are scattered over spawning habitat. Neither parent provides any care or protection for the eggs or young.

Ideal spawning habitat for walleyes is rock a little big larger than gravel. That rocky substrate needs to be well-aerated by water flow, current or wind and wave action.

Nebraska waters have little rock in them, so walleyes use the next best thing – rock rip-rap or soil cement on the dam faces of reservoirs. During the spawn period, most adult walleyes will congregate on or near those dam faces, although a few fish will use other rocky habitats or even migrate up feeder streams or rivers.

Many Nebraska anglers consider the walleye spawn to be an opportune time to catch walleyes. That may be especially true for shore anglers as the walleyes congregate on the shoreline while spawning. Certainly, the spawn period is a time when the walleyes are concentrated in areas easily accessible to anglers. However, during the spawn period the fish have things other than feeding on their mind. As a matter of fact, walleyes are much more catchable, even for shore anglers, at times before and after the spawn.

Nevertheless, the excitement of numbers of adult walleyes, including some big females, splashing near shoreline after dark entices many anglers to pursue walleyes during the spawn. Fishing during that period is not a threat to Nebraska walleye populations, so anglers are allowed to fish at that time.

Most walleyes caught during the spawn period will be the smaller males. Occasionally a big female may take a bait, and that motivates everyone to keep fishing.

During the spawn, most anglers choose to fish after dark when the walleyes are actively spawning. Casting and retrieving minnow-imitating crankbaits accounts for most walleyes caught during the spawn. However, during cloudy, rainy or windy days, and at twilight periods, walleyes also can be caught on the spawning grounds. The same minnow-imitating crankbaits can work at that time, but a variety of jigs also will catch fish. Live minnows can work as well, if allowed.

Two reminders: a foul-hooked fish is not a legal catch and must be returned to the water immediately, and intentionally snagging a spawning walleye or capturing one in a landing net also is prohibited.

Catch-and-release of walleyes larger than about 22 inches will ensure that the females are given an opportunity to spawn and pass on their genetics. Fish larger than 28 inches can qualify for a Nebraska Master Angler Award if they are released after snapping a few photos.

To view a variety of online fishing resources by the Nebraska Game and Parks Commission, visit outdoornebraska.gov/fishing. 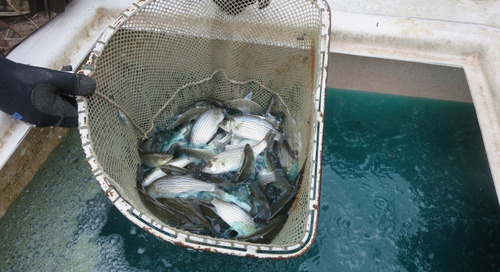 Our guys produced a short video I want to share with you.  Some recent wiper stocking: Great video!  Let me... 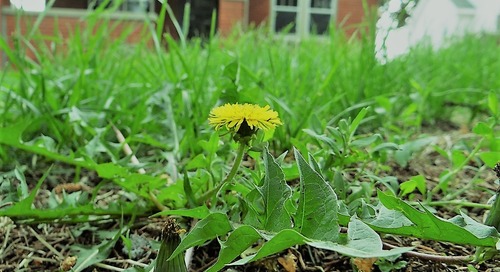 The Stuff Growing In Your Yard That You Can Eat

You have just read the title to this blog and you’re thinking ‘Whoa, Wagner is way off base with this one!’...