New Farm Bill is good news for conservation in Nebraska

LINCOLN, Neb. – The Agricultural Improvement Act of 2018, more widely known as the Farm Bill, will increase overall funding for conservation programs in Nebraska.

“In Nebraska, almost all wildlife habitat – and therefore almost all habitat improvement work – is located on privately owned lands,” said Jim Douglas, director of the Nebraska Game and Parks Commission. “The Agricultural Improvement Act will help us do even more work with landowners, USDA’s Natural Resources Conservation Service and Farm Service Agency, and our partner organizations to provide habitat essential for maintaining healthy wildlife populations in Nebraska.”

The act, which was passed by Congress earlier this month and was signed by President Donald Trump on Dec. 20, includes the following provisions that will help Game and Parks and partner organizations implement programs working with USDA and private landowners to benefit wildlife conservation:

— Increases funding for the Voluntary Public Access-Habitat Incentives Program from $40 million to $50 million. The Nebraska Game and Parks Commission has used these funds in the past to increase hunting and fishing access on privately owned lands through its Open Fields and Waters Program. During the 2018-19 hunting seasons, more than 317,000 acres of private lands – an all-time record — were enrolled in Open Fields and Waters, providing access for hunters, trappers and anglers across the state.

— Increases funding for the Agricultural Conservation Easements Program to $450 million a year. In Nebraska, this program has helped protect more than 80,000 acres of wetlands and other land from development.

“This Farm Bill is extremely important for conservation,” Douglas said. “It provides much needed resources and policy improvements for private agricultural producers that are also a good fit with fish, wildlife, soil, and water conservation. We greatly appreciate the many long hours and deep dedication exhibited by our Members of Congress, their staffs, and the conservation organizations that helped make this Farm Bill a reality.”

For more information on CRP and other conservation programs for landowners in Nebraska, visit http://outdoornebraska.gov/landownerhabitatprograms. 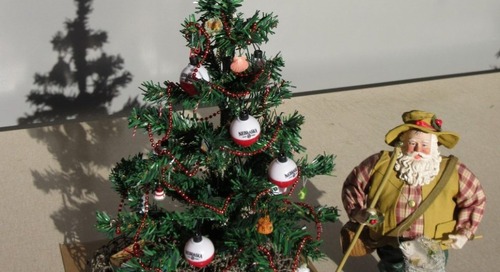 Heading out the door for the holidays.  I will be “in” and “out” over the next couple of weeks, but mostly ...

Schilling WMA temporarily closed to vehicles because of thawing