Nebraskans encouraged to celebrate birds throughout May

LINCOLN, Neb. – This year marks the 100th anniversary of the International Migratory Bird Treaty Act. This legislation protects migrating birds such as hawks, shorebirds and songbirds, to name a few.

This historic Act has allowed for once dwindling populations of numerous bird species birds to rebound through sound land management, hunting regulations and conservation measures.

“Today, we know Nebraska plays a critical role on an international scale for migratory birds that have no borders, and it is our responsibility, as a part of the global community, to make certain birds have the habitats they require,” said Lindsay Rogers, outdoor education specialist with the Nebraska Game and Parks Commission. “We also recognize the economic benefits birding ecotourism in Nebraska provides to communities and the overall economy.”

Throughout May, Nebraskans are encouraged to celebrate birds by participating in one of numerous events across the state focusing on birds. Event details can be found on the Nebraska Bird Month website – nebraskabirdmonth.org. Individuals seeking events can search by date or location.

The post Nebraskans encouraged to celebrate birds throughout May appeared first on NEBRASKALand Magazine. 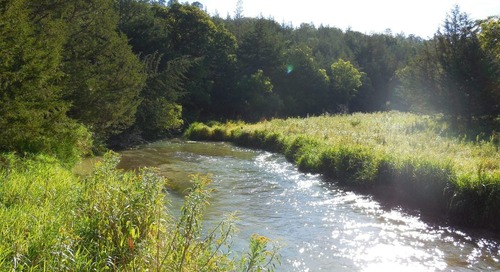 Another angler access/aquatic habitat project to tell you about in this blog post: Pine Glen WMA project wi...