LINCOLN, Neb. – The third year of the Nebraska Upland Slam gave more than 300 hunters a reason to take advantage of the state’s excellent mixed-bag hunting opportunities.

This season, 144 hunters completed the Slam, up from 122 in its last year; 123 of the finishers were from Nebraska, compared to 107 in 2019-2020. The remaining Slams were completed by hunters from 12 states. The finishers included seven female and four youth hunters.

In the Slam’s third season, 904 entries were submitted (256 pheasant harvests, 221 quail, 220 sharp-tailed grouse and 207 greater prairie-chicken). More than half of these harvests occurred on publicly accessible lands, and approximately 13% of them were first-time harvests (first time in a lifetime to harvest that upland species).

Hunters who completed the Slam received an official certificate and pin and were entered into an end-of-year grand prize drawing from Pheasants Forever & Quail Forever of Nebraska. Grand prize winner Craig Lowe of Webb City, Missouri, drew a Browning Maxus 12-gauge semiautomatic shotgun; Shawn O’Connor of Greeley, Nebraska, won a Quail Forever Print of the Year; Andy Seelhoff of Syracuse, Nebraska, won a Ruff Land Kennel; and Faith Zimmer of Genoa, Nebraska, won a Youth Lifetime Hunt Permit, a new prize to the Upland Slam. The names of all hunters who successfully completed the Slam can be found at OutdoorNebraska.org/UplandSlamFinishers.

Participating hunters who harvested at least one species were entered into monthly drawings for prizes. Awareness of the Slam has grown nationwide over the past three seasons, with 27 different states represented by participating hunters. 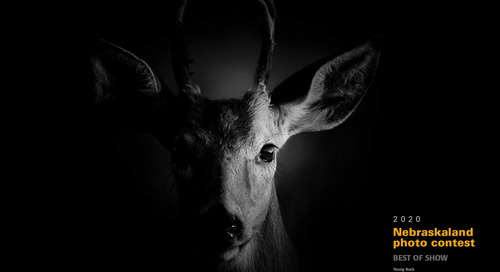 LINCOLN, Neb. – Winners of the 2020 Nebraskaland Magazine photo contest are featured in the March edition o... 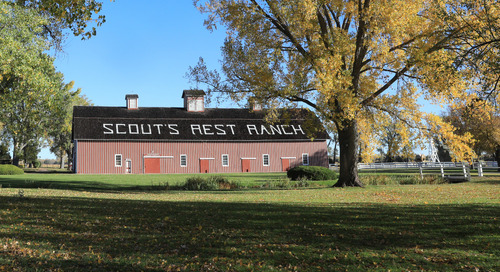 The roof on Scout’s Rest Ranch Barn was replaced in late winter 2018, early spring 2019 and still has “Scou...