Spring is a period when many birds are on the move. This means it is a great time of year for birders to be on the lookout for rarities or vagrants. A rarity is a bird that usually appears somewhere outside of its normal range. Finding a rarity sometimes requires special effort, but other times, it’s just luck.

On April 26, birder and photographer Steve Kruse discovered a vulture on the ground at Merganser Recreation Area in southwestern Lancaster County. As he drove up, the bird did not fly immediately as expected but remained on the ground and posed for a few close-up shots. The bird’s appearance also did not appear to match the expected species, the turkey vulture. After some study, Kruse determined that the bird at Merganser Lake was in fact a black vulture. Tom White, another birder, also submitted photos of a black vulture the same morning.

Although a black vulture may not be the most attractive find, its occurrence in the state is notable. There are only two other accepted records of this species in Nebraska. Those two records are separated by a century: the first was in 1916 and the second in 2017.

Black vulture is common over much of the southern United States and all the way down to southern South America. Its numbers have increased, and its range has expanded steadily to the north in recent decades. The black vulture regularly occurs as close to Nebraska as central Missouri, and although rare, a black vulture in Nebraska is not unexpected. It is reasonable to assume that black vulture records in our state will occur more frequently in the future as this species continues to increase in numbers and move north. More information about the black vulture can be found online at Birds of Nebraska: Birds.OutdoorNebraska.gov/black-vulture.  ■ 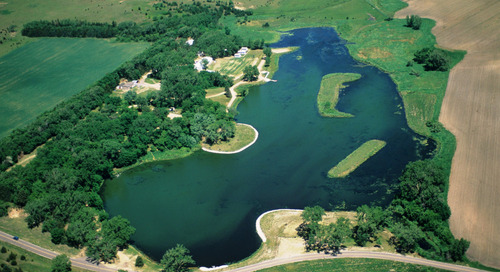 This is not a big deal, and it will not impact a lot of Nebraska anglers.  However, it will impact some and... 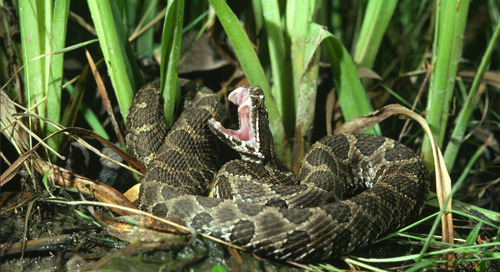 What Is Snake Venom?

By Monica Macoubrie, Wildlife Education Specialist As an outdoor educator, I hear a lot of discussion about...