LINCOLN – This year marks the 20th anniversary of Nebraska’s mentored youth hunting program, which has grown to be one of the largest in the nation.

In the first year, 207 volunteer mentors took 118 youth hunting. Many of those youth would not have had the chance to go hunting otherwise. Working with the Nebraska Game and Parks Commission and volunteers from the National Wild Turkey Federation and Ducks Unlimited, Pheasants Forever expanded the program to include more than 1,000 volunteers, who annually help approximately 800 youth. Since 1996, the program has allowed 13,000 Nebraska youth to go hunting and learn about wildlife conservation.

“We are extremely proud of Pheasant Forever’s mentored youth hunting program,” said Jeff Rawlinson, who manages outdoor education programs for Game and Parks. “This program has helped thousands of youth experience Nebraska’s rich hunting tradition over the past two decades, and we hope to build upon this success far into the future.” 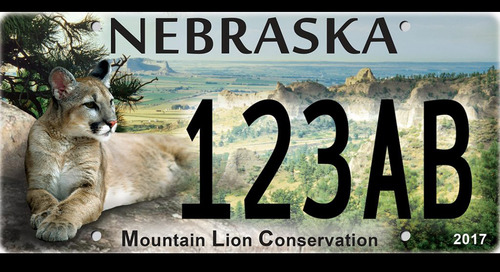 LINCOLN – Nebraskans can support wildlife and conservation education in the state by purchasing a special v...