Tanner’s name was drawn from those of 4,700 anglers who took part in the challenge between April 15 and Sept. 15, 2019. The Take ’Em Fishing Challenge invited experienced anglers to take a new or novice angler fishing, take a photo of their trip, and upload the photo to the Game and Parks website. Those who uploaded a photo were entered into a drawing for prizes including gift cards, gear and the Bass Tracker Pro, which was generously donated by the Nebraska Game and Parks Foundation and Cabela’s/Bass Pro Shops.

Tanner took his daughter, 5-year-old Emersyn, fishing near their home and snapped a photo of Emersyn holding her catch. He had learned of the contest on social media, and a family member reminded him to make sure he entered his photo.

“It only took a minute, and here we are,” he said with a big smile as he accepted the boat during the ceremony, which he attended with his wife, Jenni, as well as Emersyn and 2-year-old daughter Suttyn.

Tanner and Jenni enjoy taking their daughters fishing at the public lakes around Battle Creek. Fishing is a great way for the family to spend quality time together, make memories and pass down a family tradition. Tanner said he grew up fishing with his own family, and he wants his daughters to someday pass the tradition on, as well.

“Anglers are essential to the health of our aquatic natural resources,” Douglas said. “Every single person who took part in the Take ’Em Fishing Challenge is helping to ensure we preserve the important tradition of fishing in Nebraska and that we conserve the amazing water resources we have here in our state. I want to personally thank every single person who took part in Take ’Em Fishing and who shared their love of fishing with someone new.”

James Miller, general sales manager for the Tracker Marine Boat Center at the La Vista Cabela’s, said he, too, was proud to be a part of the program.

“Cabela’s/Bass Pro Shops is proud and honored to support Take ’Em Fishing,” Miller said. “Any program that encourages new people to fish and helps keep Nebraska’s outdoor traditions alive is a worthy cause we’re happy to get behind.”

Tanner and Jenni Hess were excited to begin making new traditions of their own. They plan to spend plenty of time on the water, both fishing and enjoying time with family.

“A lifetime of memories is definitely going to be had on this boat,” Jenni said.

Caption: Jenni and Tanner Hess, with daughters Suttyn (left) and Emersyn, won a fishing boat as the grand prize in the Nebraska Game and Parks Commission’s Take ’Em Fishing Challenge. 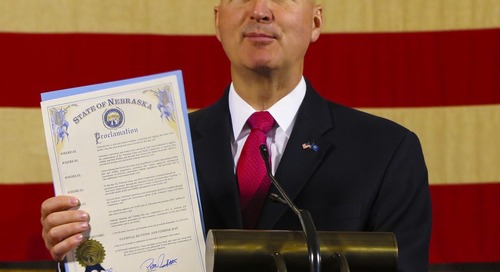 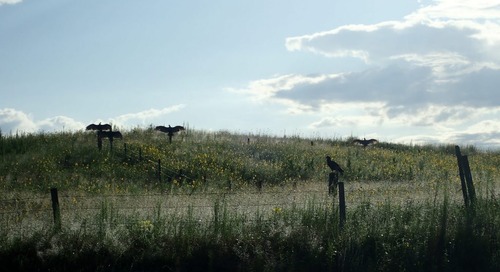 I believe that one of the most important skills that any outdoors-person can possess is observation–being a...