Got a video for you to watch.  In-Depth Outdoors films episodes every week.  What is unique about their shows is that they air them ASAP–within a week or so of taping, their shows are on the air and posted on YouTube.  They finally ventured down to Nebraska recently!

Great episode!  Great fish!  A great demonstration of the quality of fishing Nebraska can offer!

I have heard some chatter about this episodes on the inter-webs already, and you know I want to make some comments. . . .

Yes, I knew this trip was in the works.  I am thrilled folks from the heart of the “ice belt” like coming to Nebraska to do some ice-fishing!  Most of them are pleasantly surprised when they get down here at the quality of fishing Nebraska offers!

Yes, they fished a private body of water.  With a limited time to “film”, it is wise to fish waters that are as much of a sure thing as possible.  Comparable fishing could be found on public waters, but yes, they would have had to work harder and it would have taken longer.

Let me also say this about private waters. . . . The particular lake they were fishing is nothing special.  It is very typical of our sandhill lakes.  What is different about private waters is restricted harvest!  Again, you wonder why I am on the catch & release/selective harvest soap-box all the time?  Because the video footage shows what the potential is on a lot of our sandhill lakes if only we had less of the “catch all you can and can all you catch” mentality!  Some of you will say, “Well, why don’t you limit harvest with more restrictive regulations”?  In some cases we are and I hope there will be even more in the future!  There will be more of that in the future only as angler attitudes continue to evolve!  So, I will continue to remind folks that those big panfish need to be going back down the hole, and if that is done, see how good the fishing can be! GERING, Neb. – It’s no prank. The Wildcat Hills Nature Center will present a program about snipe this week.... 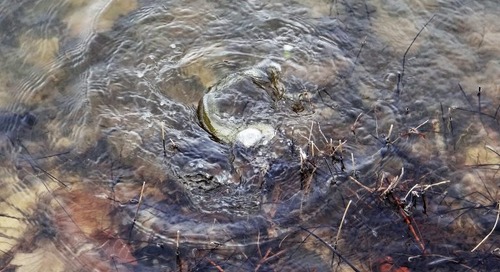 They strike often. They fight hard. They are easy to clean and cook. They are wonderful to eat. And, they h...