LINCOLN, Neb. – No boat ramps are usable in Nebraska along the Missouri River from Interstate 80 to the Kansas border.

The river is running high and flood warnings remain in effect for portions of the Missouri from Burt County to the southern border.

Nebraska Game and Parks Commission crews recently assessed most of the river boat access. Their findings:

From Fort Randall Dam (South Dakota) to Lewis and Clark Lake, Sunshine Bottoms, Verdel Landing WMA, Running Water, and Santee are usable boat ramps. Only the Nebraska tailwaters ramp is known to be open from Gavins Point Dam to Ponca State Park. Between the park and Interstate 80 in Omaha, all ramps are open except NP Dodge Memorial Park in Omaha. Every ramp south of the interstate is closed to access. In many cases, those boat ramps are under water. Some areas have access roads and parking lots under water.

Boaters should be cautious on high-running rivers and in areas that flooded. Underwater debris and other obstacles can create hazards. Debris also may have built up along and under bridges. 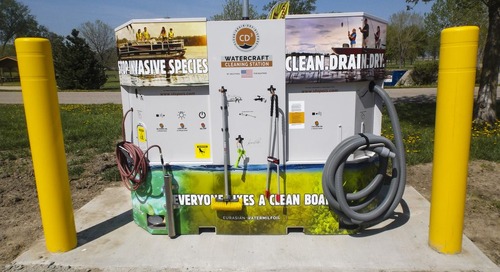 Ash trees to be treated for EAB at Mahoney SP

LINCOLN, Neb. – With the assistance of a trusted partner, the Nebraska Game and Parks Commission will begin...