The Nebraska Big Game Society (NBGS) raises money through its membership dues and its fundraising spring auction and dinner. This check represented the sale of the Nebraska Resident Elk tag to the highest bidder. Additional funds raised are earmarked for other important Nebraska big game efforts.

“We are pleased to support the efforts of the Commission, because our missions both support the stewardship of Nebraska Big Game and our natural resources for the long-term,” said NBGS President Justin Hertzel. “The work the Commission does is important for ensuring our outdoor resources are managed in the best interests of the resources, while at the same time providing access and opportunity.”

“The Commission is very grateful for the critical support of the Nebraska Big Game Society in fulfilling our mission of stewardship of Nebraska’s wildlife resources,” Douglas said. “Hunters, anglers, and our partners, through their dollars, activities and passion, help ensure the sustainability of our fish, wildlife and natural resources for future generations of Nebraskans.” 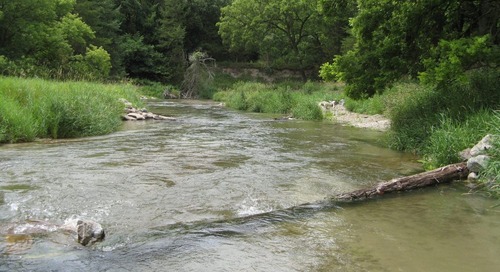 Nebraska’s Aquatic Habitat Program has been in existence for over twenty years now.  That program with fund...

June is great month to give urban fisheries a try

LINCOLN, Neb. – Big fish in small waters. That’s what anglers can catch this month in urban ponds and lakes...