LINCOLN – Nebraska mule deer buck harvest is on a pace to set a record this year.

Mule deer buck harvest, as of Dec. 1, has increased for the third consecutive year to 8,486 (up 2 percent from 2015) and is on track to beat the 2008 record of 9,115 adult bucks. Populations continue to grow in response to low mule doe harvest.

Overall, mule deer harvest is higher and whitetail harvest is lower, so far this year, compared with 2015.

Archery, Muzzleloader, Youth, River Antlerless and Season Choice antlerless permits remain throughout the state. They may be purchased at Game and Parks permitting offices or at OutdoorNebraska.org.

Hunters are reminded that mule deer does are protected in many management units and public lands across the state. Refer to the 2016 Big Game Guide for details.

Hunters who wish to donate venison can use the Hunters Helping the Hungry and Deer Exchange programs. Go to OutdoorNebraska.org for more details. 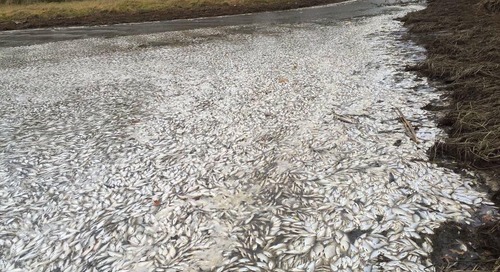 Lord knows the recent fisheries management work at Wehrspann Reservoir in west Omaha has been THE topic of ...

LINCOLN – Celebrate the season with winter and holiday fun at Ponca State Park (SP). Now through the last d...