A mountain lion was confirmed by the Nebraska Game and Parks Commission through video footage captured July 20 at the northwest edge of Lincoln.

This mountain lion was recorded by a household security camera at about 4 a.m. in a backyard in the Air Park neighborhood. If the animal is observed by the public, or additional photos capture the animal, contact the Game and Parks office in Lincoln at OutdoorNebraska.org.

Mountain lions found in southeastern Nebraska typically are dispersing young animals on the move to find new territory. This one was a young male collared by Game and Parks in the Niobrara River Valley near Valentine last November. This type of collar does not provide daily locations, so observations by the public are helpful.

Due to their secretive nature, mountain lions typically flee and rarely interact with humans. Occasional interactions may occur with increased human activities in natural areas and mountain lion immigration into populated areas with high deer densities.

Should one encounter a mountain lion, the Game and Parks recommends the following: 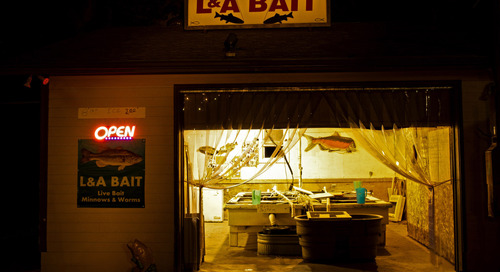 By Tim McNeil It’s always wise to keep your garage door closed and locked at night. And not just at night, ...

Explore the parks with these Game and Parks events in August

Spend some time this summer in Nebraska’s state parks. During August, a variety of events are planned for t...