LINCOLN, Neb. – The Nebraska Game and Parks Commission has confirmed a mountain lion was observed on video crossing a yard on the west side of Scottsbluff in the early morning on Nov. 19.

The video was taken from a doorbell camera. Mountain lions that are found within city limits will be euthanized if it can safely be done, in accordance with the Commission’s Mountain Lion Response Plan. If people in the community observe a mountain lion they should immediately contact the Scottsbluff Police Department.

Due to their secretive nature, mountain lions rarely interact with humans. In the rare instance that a person does encounter a mountain lion, they should not approach the animal, leave the animal an avenue of escape, back away slowly to an area of safety like a house or a car, and fight back in case of an attack.

For more information on mountain lions in Nebraska, visit OutdoorNebraska.gov/mountainlions. 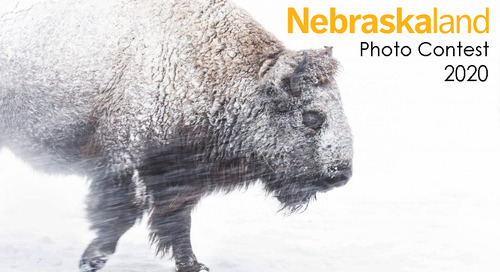 I spent a couple days drifting flies down a river this fall.  Mid-afternoon of the second day I had an epip...