LINCOLN, Neb. – Hunters have until Sept. 28 to apply for a 2019 mountain lion permit. Up to 640 permits will be issued via lottery by the Nebraska Game and Parks Commission, which has received 435 applications as of Sept. 23.

Hunting will be allowed only in the Pine Ridge Unit of northwestern Nebraska, which has an established population that can sustain a harvest. Hunters may apply for a permit in either of two subunits: the South Subunit (south of U.S. Hwy. 20) or the North Subunit (north of U.S. Hwy. 20). A person may not submit more than one application per calendar year for a mountain lion permit.

A drawing will allocate as many as 320 permits to each subunit, and only Nebraska residents can receive permits. As of Sept. 23, Game and Parks has accepted 242 applications in the South Subunit and 193 in the North Subunit.

Dogs may not be used during the mountain lion season, which will run Jan. 1 through Feb. 28, 2019. If the limits and/or sub-limits have not been reached in a subunit by Feb. 28, an auxiliary season, allowing the use of dogs, will occur. 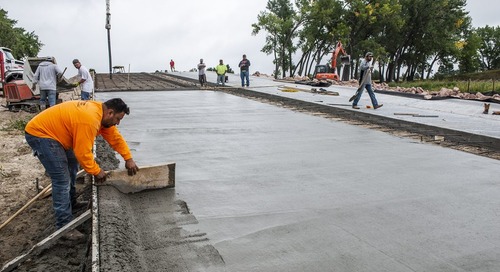 I am going to put a combination of updates in my blog post today.  These are going to include news items fo...