It has been a terrific spring for warblers all over eastern Nebraska.  Over twenty species reported and there have been multiple reports of rare species such as Cape May, Blue-winged, and Worm-eating.  The good spring went into overdrive on Wednesday (15 May) when a singing Swainson’s Warbler was discovered by Ruthie Stearns in Wilderness Park in south Lincoln.  Swainson’s Warbler is a species with a relatively dull plumage compared to other warblers and it breeds in the southeastern United States.  It is a skulking species that remains low in underbrush in dense woods most of the time, but it has a loud musical song.  Southeastern Missouri and Arkansas are areas closest to Nebraska where the species occurs regularly.

Word about the bird got out quickly.  Many birders descended upon the area where the bird was discovered hoping they would be rewarded with a glimpse of it.  Amazingly, the bird was seen throughout the day all the way up to sundown.  The bird’s propensity to sing its loud song was the key reason why it was originally found and was relocated throughout the day.  If it chose to be quiet, it could easily elude birders even if it was a few feet away in the underbrush.   I was in central Nebraska when I received the news but got back to Lincoln in the early afternoon.  I was able to jet down to Wilderness Park and was able to get a number of looks at this skulker during a three hour period.  I was also able to get one decent photo as it casually walked on the ground in heavy cover. Nebraska claims a handful of previous reports of Swainson’s Warbler.  There is a specimen record that has been questioned and which is not widely accepted.  One was seen at Camp Gifford, possibly within the present day boundary of Fontenelle Forest, in Sarpy County on 27 May 1927 and another was reported from the Aurora City Park, Hamilton County, 16 May 1956.   The most interesting prior report is from Wilderness Park, Lincoln, Lancaster County on 15 May 1977.  This happens to be the same location and forty-one years to the day of the 2018 bird!!  The following excerpt describes the 1977 sighting:

“Mr Toews reported:  While birding in Wilderness Park 15 May I was attracted by a rather loud song to a deeply wooded area.  After following the voice around for about an hour I felt rewarded to get a good view from about fifteen feet of a Swainson’s Warbler.  It seemed to be a very shy bird but fortunately it kept singing.  On my return trip about two hours later it was still singing.  On the same outing I found a Hooded Warbler…..” –Nebraska Bird Review 45:38-39

The description of the circumstances sounds very familiar to those of yesterday, the only thing missing are smart phones and the internet that spread word of the bird quickly and allowed others to see the rarity.

Early reports from Wednesday morning appear to show the bird has moved on, making it a one day wonder. 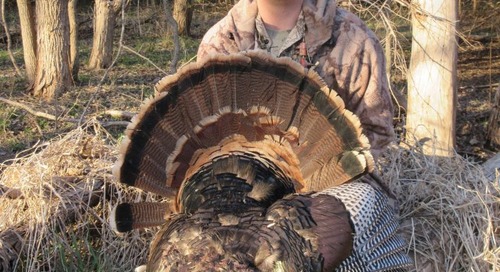 Once again this blog will be interrupted from its usual fish and fishing content because its author has bee... 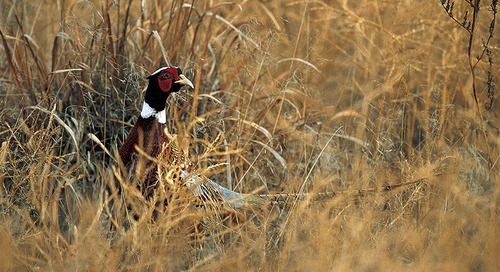 What Is R.A.W.A. And Why Should I Support It?

You’re a hunter. You’re an angler. Or, perhaps you’re both like me. Maybe, you’re even a trapper. You know ...