Like most Nebraskans, I have been in withdrawal with no Husker football this fall.  I have degrees from both the University of Nebraska and South Dakota State University, and was looking forward to enjoying the game that had been scheduled between my alma maters.  Stinkin’ coronavirus and the Big 10 took that away from me.

To keep my sanity, I have been watching and listening to old Husker games .  Yes, many haters will point out that Husker fans live in the past, and that may be true.  We also are eternally hopeful that the future again will be as bright as the past.  It will be, and the return tour starts this year!

Funny thing is the memories that come back while I am watching or listening to those old broadcasts.  I have come to the conclusion that I mark time, especially in the fall, by fish caught, game taken, and Husker games.

I can remember listening to a night game against Arizona State while catching big bass from an interstate lake.

Squeaking by Kansas on a failed two-point conversion after an opening day limit of pheasants.

A hard-fought win over Wyoming while on a walleye trip to SoDakota with my Dad and Uncle.  Yes, SoDakota radio stations carry Husker football! Apparently, we fought hard too, or maybe it was just cold?

A double limit of Elwood walleyes caught & released after the Turmanator, Lawrence, and the Blackshirts put Kansas State back in their place, again. Listening to some new kid named Taylor Martinez torch Washington while bumping through the sandhills with my son and cousin on a pronghorn hunt. Passing the time before a national championship game by pulling some big sandhills bluegills through holes in the ice.

My son sneaking out and drying off a nice muskie while I stayed to watch the Huskers upset Sparty. Another fishing partner having a muskie blow up and miss his bait while stinkin’ Texas cheated us out of another one.

Some losses have been mollified by big trout. This year I have come to the realization that I really do not even care if they win or lose.  I just want them to play!

Not the victory but the action;

Not the goal but the game;

In the deed the glory.

What will this season bring? 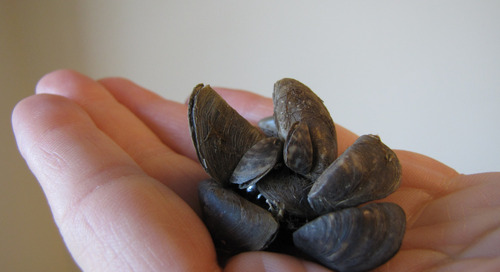 I suppose some might say I am too late, we now have snow and cold.  But, I am betting there is going to be ... 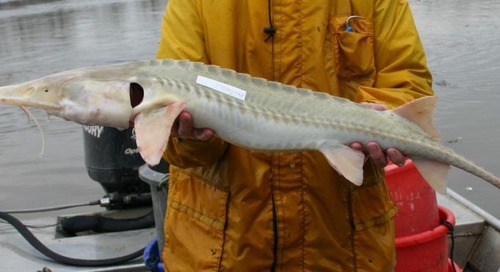 Walked by the break table on Monday.  The daily newspapers were lying there. Whoa, there was a pallid sturg...