Many Rainwater Basin wetlands appear to have lost water

LINCOLN, Neb. – Many Rainwater Basin wetlands observed during a survey Feb. 12 appear to have lost some water since late fall, but overall conditions still are generally good, according to the Nebraska Game and Parks Commission.

The Light Goose Conservation Order currently is open and will close April 5 in the Rainwater Basin and West zones and April 15 in the East Zone.

In addition to providing places to hunt waterfowl, wetlands are pumped when needed to provide habitat for migrating waterfowl and other water birds, and to provide areas for people to observe wildlife.

To view the Feb. 12 report on wetland conditions and pumping plans, go to OutdoorNebraska.gov/WaterfowlChecklist/. Visit OutdoorNebraska.org for more information on waterfowl hunting and to purchase permits and stamps and register for the Harvest Information Program.

This update by Game and Parks included input from the U.S. Fish and Wildlife Service and Ducks Unlimited.

The post Many Rainwater Basin wetlands appear to have lost water appeared first on Nebraskaland Magazine. 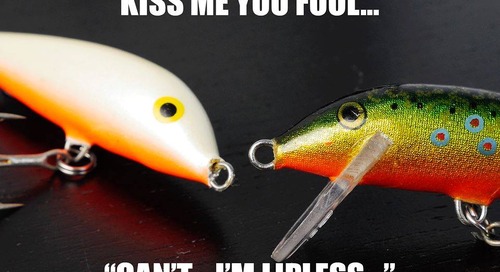 I guess today is Valentine’s Day. . . . I am betting many of you have a bunch of lipless, mostly rattle, ba...