Nebraska Game and Parks Commission conservation officers responded to the report of an accident at 3:51 p.m. near Arthur Bay on the lake and found Kiesow being given CPR. According to reports gathered in the investigation, Lampe had fallen overboard from a pontoon boat, and Kiesow, her boyfriend, had jumped in to rescue her. He then had to be rescued by others on the pontoon and another boat nearby.

The boat operator in the incident was not cited, and alcohol use is not suspected. It is not known whether alcohol was a factor in Kiesow’s death.

Charges are not pending at this time, but a boat accident report will be completed and submitted to the Keith County Attorney for review.

Assisting in the response and investigation are the Nebraska State Patrol, Keith County Sheriff’s Office, and Keystone-Lemoyne and Ogallala fire and rescue departments.

Do not know how many folks have heard about this, but I am betting if you have not, a bunch of you will be ... 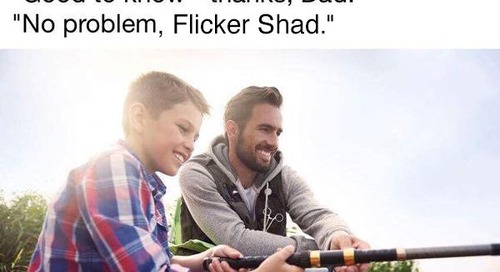 I have a nephew who just had a baby.  Well, actually, you know his wife had the baby.  It is their first, a...