LINCOLN, Neb. – Pneumonia caused a die-off of approximately 300 mallards in Scotts Bluff County due to a fungal infection known as Aspergillus fumigatus.

The National Wildlife Health Center in Madison, Wis., confirmed the disease to the Nebraska Game and Parks Commission on Jan. 12 after necropsies were performed on six carcasses.

A hunter first made the discovery of dead mallards Jan. 7 along a 2- to 3-mile stretch of Ninemile Creek, which is located just east of Lake Minatare.

Todd Nordeen, Game and Parks’ disease research program manager, said the ducks eating moldy grain at an unknown location likely caused the die-off. He said the disease, which is not contagious, likely will not spread. “It appears to have subsided,” he said. “As long as the grain or source is cleaned up, it will end.”

Birds that have contracted the disease exhibit signs of weakness and a lack of coordination. Anyone who observes this behavior or finds dead birds should contact an area conservation officer. Hunters should not eat the sick or dead mallards and should not handle them with bare hands.

LINCOLN, Neb. – The Nebraska Game and Parks Commission has revised the agenda for its Jan. 19 meeting at Eu... 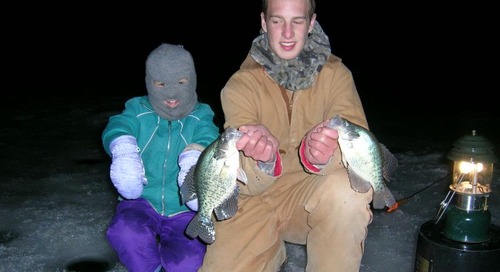 Grandpa, Can We Go Fishing?

My kids, nieces, and nephews grew up watching a video we, the Nebraska Game & Parks Commission, produced, G...