Most people have “stuff” lying around the house – a screw left over from self-installed window blinds, a rubber band from a pile of bills in the mailbox, or the frayed ends of a dusty rope in the corner of the garage. By themselves, they are little more than objects whose lives will probably end in a landfill.

Yet with a little bit of imagination, these items could be fashioned into fishing lures – a chance at a story that goes beyond the catch and centers instead on creating the lure that caught the fish.

A Box of Lures

Several years ago a box of fishing lures showed up on the desk of Larry Pape, a Nebraska Game and Parks Commission fisheries education specialist. This isn’t uncommon, as people often donate used equipment to the Commission’s youth programs. When anonymous donations like this appear, Larry passes them along to youth fishing instructors. However, the lures in this box were different.

Lures made of nails, chain, beads, brush bristles, pipe cleaners, shrink tubing, soda straws, jewelry parts – anything hidden in drawers around the house – were made into fishing lures. Yet the donation remained anonymous. For some time, Larry kept the lures on his desk and reveled at them – and so did his visitors.

Finally, Larry got a call from the culprit – Glen Oliver of Lincoln – wanting to know if the lures had landed in the right place. They most certainly did, Larry told him.
“What amazed me about the collection he brought was the creativity and fine craftsmanship involved,” Larry said.

During Glen’s 85 years, he’s never been formally trained in making fishing lures. He’s never been to art school nor taken any classes.

It’s hard not to be amazed when you see the lures, yet there will be a moment when you say, “I can do that.” And you’re right.

When creating your own lures, you are only limited by your imagination. First, sift through the drawers in your house to look for anything colorful or shiny.

Start with single shank hooks at a size you can work with, then gather a small pile of tools including, but not limited to, needle-nose pliers, crimpers, scissors, super glue and sewing thread. For color, use Sharpie markers and fingernail polish. “A fly-tying vice is sure helpful as well,” Glen said, as it helps secure the lures while making and drying.

Next, look at the picture opposite and play copycat. One of Glen’s most ingenious creations was placing a couple of split shots inside of a section of shrink tubing, then bookending the tubing with two plastic beads. The lure will rattle as it moves through the water.

“Glen’s lures are examples of what is possible,” Larry said.

These are especially possible now, as many of us have all the necessary tools to accomplish this goal, most important of those is time.

We also have stuff, and many

of us have a lot of it. From using miniature Christmas light bulbs to ear plugs, there is a fishing lure just waiting to be made in every corner of your house.

When you begin, don’t worry about how the lure will fish. It’s not going to be perfect. Just start creating.  ■

The post Make a Lure appeared first on Nebraskaland Magazine. 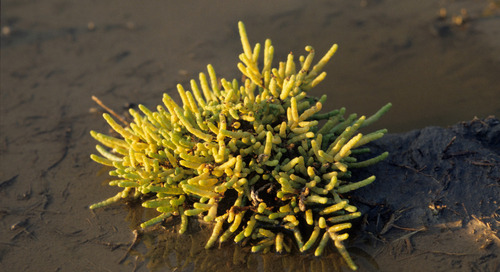 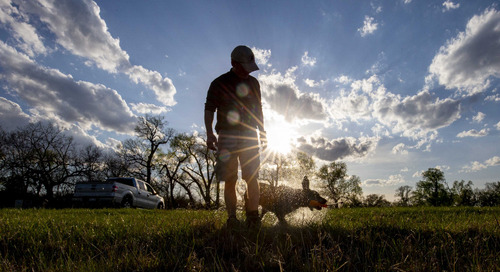 Preparing a dog for hunting season can be a good way to keep yourself engaged during the long off-season, b...