LINCOLN, Neb. – A Lincoln engineering firm has won an award for its work on a Nebraska Game and Parks Commission project at Platte River State Park.

Improvements were completed in phases. A new pipe was installed offset from the existing pipe to restore the principle spillway at the dam outlet. This allowed the existing pipe to be used to divert excess water during construction. In addition, a two-stage riser was installed to allow water levels to be lowered when needed. Crawdad Creek has an isolation/bypass system to fill and drain pools separately for future maintenance access.

Crawdad Creek was the first feature completed as part of Game and Parks’ Venture Parks Complex, which calls for greatly expanded activities and amenities designed to meet the needs of a new generation of visitors at four parks – Platte River State Park, Eugene T. Mahoney State Park, and Schramm Park State Recreation Area and Louisville State Recreation Area. Funding for the Venture Parks Complex is provided through a public-private partnership, spearheaded through the Game and Parks Foundation and supported by many generous donors.

Crawdad Creek hosts aquatic invertebrates, insects, reptiles and fish. Park naturalists use the ponds and the organisms that call them home in educational activities for park visitors. The scenic, peaceful setting of the creek provides a place of serenity for park visitors, too. The creek’s flowing water also helps maintain suitable oxygen levels within the lake to foster a healthy fishery.

ACEC is a nonprofit association of 50 consulting engineering firms throughout the state, serving the public and private sectors. Each February, ACEC Nebraska honors outstanding projects and engineers.

Platte River State Park is located 3 miles west of Louisville, Nebraska on Hwy. 66. A valid park entry permit is required for all vehicles entering the park. 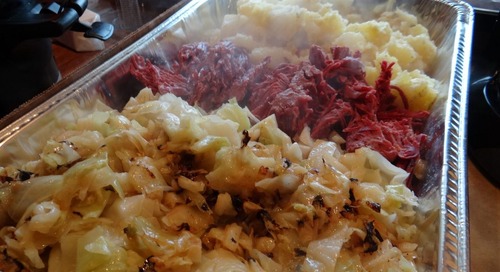 Blogger’s Note: Since I am receiving requests for recipes and because Saint Patrick’s Day is just around th... 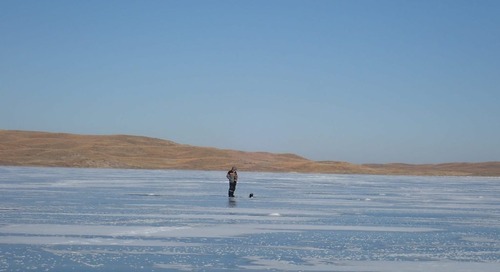 Quick blog post this afternoon. . . . We have been holding fisheries informational meetings around the stat...