LINCOLN, Neb. – Recycling will become available to Lewis and Clark State Recreation Area guests this summer and will be fully implemented by fall.

The SRA recently was awarded grants of $1,643 from the Nebraska Department of Environmental and Energy and $20,000 from the Nebraska Recycling Council to purchase recycling containers that will be distributed to collect single-stream recyclables.

The initiative will be a key component in keeping Lewis and Clark Lake clean of unwanted waste.

“As a park manager, I believe it is important to provide the public with positive examples of natural resource stewardship and sustainability,” Park Superintendent Tyler Wulf said.

The Nebraska Recycling Council is a nonprofit membership organization of public and private organizations, as well as individuals, and has been a recycling advocate for Nebraska since 1980.

Game and Parks to offer Growing Up WILD educator workshop

LINCOLN, Neb. – Find resources, ideas and inspiration on how to use nature as your classroom by joining the... 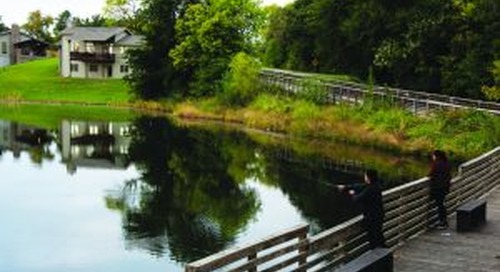