Yes, it has been hot, and yes, my motivation to fish lags under those conditions.  That does not mean I have quit!

I have been “around” a bit, spent some time on several different waters.  What I have found has been typical for late summer. . . .

First, was some bass fishing.  I should have taken some pictures of the water I was fishing.  It was absolutely choked with aquatic vegetation.  They were not weeds.  “Weeds” are unwanted plants.  Aquatic vegetation is habitat, some of the best fish habitat there is.  When I see lots of it, I do not complain, I do not look for someplace else to fish.  I go in!  Hand me the topwater baits!  Openings are key spots, but fish will come up right through the surface mat to slam a bait too.

I often say that summer feeding windows are usually brief.  They can be intense, but may not last long.  Fish hard during prime times, like the evening.  Using a scum frog, I was able to get several fish to “blow up”.  There is nothing better than top-water strikes!  I had no problem hooking those fish, but putting them in the hand was another matter.  Yes, the heavy vegetation kept me from landing fish, but who really cared?  The top-water strike was what I wanted!  I could have gotten a little more serious about landing fish by tackling up to some heavier gear, but I was happy just watching them blow up on the scum frog.

No one said late summer fishing would be easy.  I spent a couple of afternoons on some trout water.  Skunked, both times.  I kept switching it up and trying different things, nothing.  I am betting things will be different in a month or two.

However, back in prime time on a different waterbody, there were short windows of bass and walleye feeding activity!  There were “bigmouths” and smallmouths both: The walleyes really got going for a short period.  I dried off three or four in about 20 minutes one evening. It is back to being HOT.  Fishing is going to stay tough.  The good news is we are nearing the end of August.  Things are starting to transition to fall, already.  Cooler days and better fishing is coming, soon!

No fish were harmed in the making of this blog post.  All were released unharmed.  I will catch them again.

LINCOLN, Neb. – Hunters again are challenged to go afield with family and friends this fall to complete the... 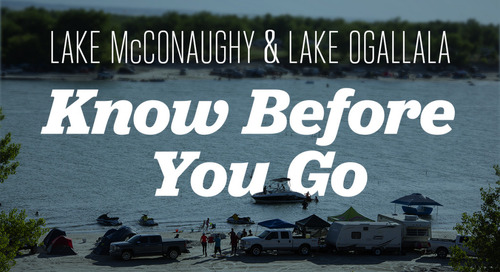