So you enjoyed the opening weekend but did not harvest a deer yet.  No need to panic as some of the best hunting is still to come over the next few days.   A lot of deer will be harvested in the final weekend of the firearm deer season and there are many tactics that are at play now that can enhance your chances of filling a tag.

Weather – this weekend will usher in a cold front like we have not seen this year.  This will be incredibly important for hunters.  Deer movement should increase as a result and hunters should key in on Friday evening through Sunday as this front will be a huge change.

Stay on Stand – the final weekend finds a lot of hunters resorting to many new tactics including deer drives and stalking which will increase deer movement for those on stand.   In areas with access to small acreages, stay on stand as long as you can.  Deer are still rutting and mix that with the pressure from last minute hunters in the field and you have potential for deer to come by all day long.

Tone it Down – while many of my calling and rattling tactics work well through the first weekend of deer season, they can sometimes work against you later in the week.  Once deer have been called to, shot at and spooked from cover, they can be less attracted to such tactics.  I tend to rattle in early morning and then tone it down as the morning wears on.  Reserve grunting only to deer you have spotted and need to draw in or change direction.

Bedding Areas – Oh now this is taboo.  You never hunt the bedding areas!  Well….if the season is coming to a close, finding deer in such safe zones can be a last ditch effort that works and works well.

Still Hunting – especially in areas where deer feel safe, this can produce a lot more sightings than sitting when done correctly.  As always, safety of other hunters and zones of fire must be adhered to.

Every Nick and Cranny – now is a great time to find deer bedded in small areas of cover that would not normally hold them.  Overgrown weed patches at the corner of the field, a brushy draw, a weedy drainage in the middle of a picked field.  Any of these seldom disturbed patches can hold your next harvest.  Deer feel safe in these out of the way areas that few hunters bother to trample through.  A quick hike to these spots can yield a mature deer that seldom shows itself during the day. Standing Corn – Now that most of the corn is out, if your area has standing corn, this can be a real magnet for pressured deer.  They have felt safe in these fields all summer and fall.  I like to wait for windy days and then walk perpendicular to the rows.  I glance down each row and then sneak to the next.  This can really pay off!

The biggest key is to just get out there.  These next few days will be like magic for most deer hunters and you have to be there to play.  With the front that is moving in and the more aggressive tactics many hunters will use, late season deer movement should be really good and I expect hunters to see good numbers.  Stay safe and enjoy! 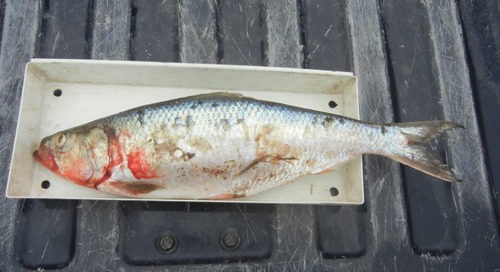 Time again for an update on the state record “front”.  I have a handful to tell you about, plus another clo... 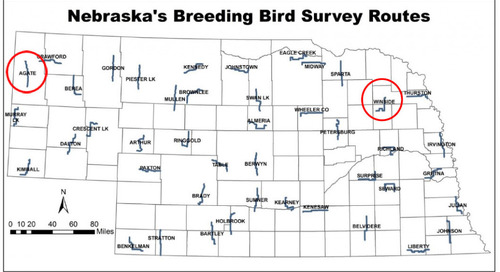